While Arab terrorists have only killed a handful of Jews in Israel this past year, true security still eludes most of the country as Katyusha rocket attacks, road ambushes, stabbings, kidnappings and random shootings continue to occur on at least a semi-regular basis.


This past week marked the 20th anniversary of Meir Kahane’s assassination. What would this man – the hero of so many Jews (and, admittedly, the villain of many others) – do if he were alive today?

First, he would rail against the status quo. The terrorizing and killing of Jews in the Jewish state was both a moral and religious abomination in his eyes. “For this we came home to Zion?” he asked sardonically.

As he wrote in his final book, Israel: Revolution or Referendum, “The bitter truth is that the Jew is afraid in larger and larger areas of his own state. And the bitterer truth is that the Arab is not. There is no area in the land, no part of Israel that Arabs avoid. They fear going nowhere – at any time, day or night.”

For Kahane, tolerating terror rather than crushing it and expelling nationalistic Arabs from the country was not only humiliating but suicidal. No matter how well Israel treats its Arab residents, Kahane predicted they would always be “barbs in your eyes and thorns in your side” (Numbers 33:55) and ultimately destroy the Jewish state. Neither Labor nor Likud, however, saw matters this way, and so Kahane resolved to become prime minister and bring peace to the Middle East in his own fashion.

But in 1988, Kahane’s increasingly popular Kach party was deemed racist and outlawed. To some, this development spelled the death sentence for the political advancement of Kahane’s ideas. Indeed, many of his followers and admirers today absent themselves from active politics. They sit on the sideline, bewailing Israel’s condition while hoping for a miracle.

But resignation was not in Kahane’s blood. Four months after his expulsion from the Knesset, Kahane had this to say to a reporter who asked him what his plans for the future were: “I’m trying to become prime minister. It’s that simple . I believe that the Jewish people has got to understand that if it doesn’t do the kinds of things that I say, that the state of Israel itself faces the absolute apex of tragedy and that is extinction.”

Many disagree with Kahane. Many believe Israel will escape its present mess by signing a peace deal that will mollify its enemies. Many people also assume that peace deal or not, Israel will survive long into the future.

But is a true peace deal really likely? And is Israel’s future really so certain? Can it continue to survive decade after decade with the likes of Olmert, Barak, Livni, and Netanyahu at the helm?

Kahane, for one, didn’t think so. In the last two years of his life he urged people to demand a referendum that would, in part, call for new elections in which Kach would be eligible to run. If the government refused to hold this referendum, Kahane predicted “rallies and demands and sit-downs and protests and riots.” A government, Kahane declared, that denies hundreds of thousands of voters a democratic voice is essentially bringing violence upon itself.

More important, Kahane questioned the very legitimacy of Israel’s government in light of its failure to protect Jews from Arab terror. Borrowing from the works of John Locke, Thomas Jefferson, Henry David Thoreau and others, Kahane repeatedly wrote in his last book (published several months before his assassination), “The most fundamental obligation of government – the source of its legitimacy and right to rule over people – is its responsibility to guarantee the lives and safety of its citizens. If it either cannot or will not fulfill that obligation, it faces the loss of its moral and legal right of authority.”

Writing at the height of the first Intifada, Kahane asked, “Is it not legitimate to challenge an Authority which is either unable or unwilling to put an end to a terror that takes the lives of its citizens and that threatens the very existence of the state?” 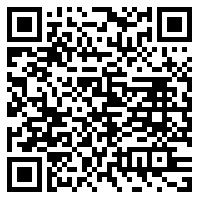