In the final days of the 2015 campaign, the Likud Party’s strategy of focusing on a nationalist message proved decisive: Voters who had previously leaned towards various right-wing parties coalesced around Likud. As a result, Prime Minister Benjamin Netanyahu defied the polls and pundits and secured a fourth term in office.

In recent weeks, Netanyahu decided that it would be best if he takes on the right-wing parties well ahead of the next election, rather than waiting for the final phase of the next campaign.

As a result, he is waging an all-out campaign to siphon off support from Habayit Hayehudi—and it seems to be working. Polls show that Habayit Hayehudi is not gaining traction, whereas Likud has been able to maintain a sizable lead over the opposition parties.

As part of this strategy, former Coalition Chairman David Bitan has been publicly praising Habayit Hayehudi’s Ayelet Shaked and calling her to join the Likud. This is also why Netanyahu is once again pushing for the passage of the nation-state bill by the end of this week, even though there is nothing that warrants urgency on this matter.

After 10 years of being rewritten, watered-down and revised, the current iteration of the nation-state bill is essentially a list of laconic provisions that are a far cry from their original intent. That is why it is unclear why the opposition, at least the part of it that sees itself as Zionist, is crying foul. It is just mind-boggling that a bill that lacks any real stipulations could trigger the usual cries of horror from the Zionist Union, Yesh Atid and Meretz over the “end of democracy.”

But this is exactly why the bill matters, politically.

Netanyahu’s sudden urgency has everything to do with what the opposition is doing. In fact, he knows that his right-wing base in many cases adopts certain principles just because they are diametrically opposed to the left’s views.

Netanyahu knows that by going full-steam ahead with the bill, he would face an onslaught from MK Tzipi Livni (Zionist Union) and Meretz Party Chairwoman Tamar Zandberg. But the two are not his focus. His real goal is to prevent Habayit Hayehudi leader Naftali Bennett from outflanking him from the right.

The prime minister knows that this isn’t going to be easy. He has soft spots that Bennett can exploit: the ongoing incidents in the south, the controversy over his handling of the Holocaust law in Poland, and even his unsuccessful efforts to deal with asylum-seekers and refugees.

And Netanyahu still has no answer for the incendiary kites coming into the south from the Gaza border, but at least he has managed to make the left go mad. That accomplishment should not be discounted. 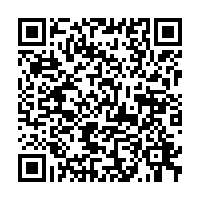