IDF Central Command announced that Israeli residents along the Gaza border can leave their bomb shelters and return to life as normal, as a ceasefire has been reached with Hamas in Gaza.

It is the second time the same ceasefire has been announced in the past 24 hours. The IDF now believes Hamas may honor it, which Hamas was not doing earlier, having launched 4 mortars after it was first announced..


Islamic Jihad says the ceasefire does not include the terror kites.

Hamas terror kites and balloons have burned down thousands of acres of land and agriculture.

Over 200 rockets and mortars were fired at Israel, and in retaliation Israel blew up a number of Gazan buildings and structures, including hitting the “Palestinian National Library,” in what the IDF says is its strongest retaliation since the 2014 war with Gaza.

The IDF spokesman say what Hamas called their “Palestinian National Library” (which was an empty shell of a large 5-story building), was a Hamas terror training structure. Most of the building is still standing.

Three Israelis were wounded in a rocket attack, and an IDF officer was seriously wounded in a grenade attack over the weekend.

Two Gazan were killed in the Hamas training structure which was hit, and reportedly 10 more Gazans were also wounded in that strike.

The Israeli security cabinet is set to meet at noon today to discuss the escalation and ceasefire.

A number of cabinet ministers are wondering why they are having the meeting at all, as Netanyahu has already agreed to the ceasefire. 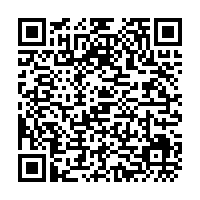