Chuck Hagel’s notorious 2008 statement about the American Israel Public Affairs Committee (AIPAC), the leading institution of the pro-Israel lobby, claimed that “the Jewish lobby intimidates a lot of people up here [in Congress]. I’m a United States senator. I’m not an Israeli senator.”

Then a strange thing happened: no sooner did Barack Obama nominate Hagel for secretary of defense on Jan. 7, when AIPAC announced it would not oppose the former Republican senator from Nebraska. Indeed, so neutral did it wish to be on this delicate topic that its spokesman even avoided mentioning Hagel’s name, declaring only that “AIPAC does not take positions on presidential nominations.” AIPAC then kept a complete silence through Hagel’s confirmation on Feb. 26. More important, it did not lift a finger to influence the vote.


AIPAC’s initial logic made some sense: Obama, having just won an impressive reelection effort, had chosen his man and Republicans were likely to put up a merely token resistance to him, so why antagonize a soon-to-be very powerful figure and a principal player in the U.S.-Israel relationship? As my colleague Steven J. Rosen explained back then, “AIPAC has to work with the secretary of defense.” It also did not want to antagonize increasingly skittish Democrats.

Subsequently, an intense search into Hagel’s record found more ugly statements about Israel. He referred in 2006 to Israel’s self-defense against Hizbullah as a “sickening slaughter.” In 2007, he pronounced that “The State Department has become adjunct to the Israeli foreign minister’s office.” And in 2010 he was cited as warning that Israel risked “becoming an apartheid state.”

Still, the senator who spoke of an intimidating “Jewish lobby” got a complete pass from that same lobby. It makes one wonder just how intimidating it is.

Other pro-Israel organizations took a different approach. The Zionist Organization of America produced 14 statements arguing against Hagel’s nomination between Dec. 17 (urging Obama not to nominate the “Iran- & Terrorist-Apologist & Israel-Basher Chuck Hagel“) to Feb. 22 (a listing of “Ten Important Reasons to Oppose Chuck Hagel“). Not itself primarily a lobbying organization, ZOA’s calculus had less to do with the prospect of winning and more to do with taking a principled and moral stand.

In large part because of the Nebraskan’s Middle East policies of appeasing Tehran and confronting Jerusalem, Republican opposition to Hagel became much more than token. Several senators indicated to the ZOA’s Morton Klein that if AIPAC “had come out and lobbied against Hagel, he would have been stopped.” Charles Schumer (New York), indisputably the key Democratic senator on this issue, publicly cited the absence of “major Jewish organizations” as one reason why he had “no qualms” about endorsing Hagel. Still, despite the real and growing possibility of defeating Hagel’s nomination, AIPAC kept radio silence and did nothing.

Hagel squeaked through the Senate Armed Services Committee on Feb. 12 with a party-line 14-11 vote. A vote to end debate on the nomination failed to win the needed 60 votes on Feb. 14. He finally won confirmation by a 58-to-41 vote, facing the greatest number of “no” votes against any secretary of defense (George C. Marshall in 1950 came in a distant second with 11 no’s). And so, the fringe figure who opposed even economic sanctions on Iran, the bumbling nominee who confused prevention with containment, the politician characterized by Senator Lindsey Graham (Republican of South Carolina) as “the most antagonistic secretary of defense toward the State of Israel in our nation’s history” – well, he took office on Feb. 27.

As AIPAC holds its annual policy conference on Mar. 3-5 in Washington, what it calls “the largest gathering of the pro-Israel movement” (last year’s meeting had over 13,000 participants), it is hard not to conclude that the vaunted Israel lobby has focused so intently on access, process, goodwill, and comity that it rendered itself irrelevant to the most pressing issues facing Israel – Iran and the U.S. relationship.

Yes, AIPAC remains a force to contend with on secondary issues; for instance it won an eye-popping 100-0 victory over the Obama administration in Dec. 2011 on an Iran sanctions bill. But (ever since the AWACS battle of 1981) it has studiously avoided antagonizing the president on the highest-profile issues, the ones most threatening to Israel. As a result, it neutered itself and presumably lost the debate over Iran policy. 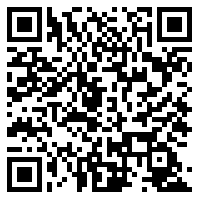