Although Ariel Sharon will be remembered primarily for his achievements on the battlefield and his decisions as an Israeli political leader, an often-overlooked aspect of his legacy was his impact on the American Jewish community.

In March 1980, Sharon arrived in the United States in the midst of an uproar over the Carter administration’s support of a United Nations resolution branding Jerusalem “occupied Arab territory.”


Sharon, as a member of Prime Minister Menachem Begin’s cabinet, was invited to address an urgent meeting of the Conference of Presidents of Major American Jewish Organizations in New York City.

In his remarks, Sharon criticized U.S. Jewish leaders for not responding more vigorously to the Carter administration’s action. He recalled the hesitant response of some Jewish leaders during the Holocaust and added, “Jewish silence will bring disaster upon the Jewish people and upon Israel.”

Sharon charged that recent friendly meetings between Jewish leaders and White House officials had served to “cover up” the administration’s tilt away from Israel. He urged American Jews to speak out strongly against Carter’s pressure on Israel, and said he was “shocked” that 100,000 Jews did not march to the White House to protest the U.S. vote on the UN resolution.

No transcript of the meeting was released, but one press report at the time claimed that some of the Jewish leaders in the room “took umbrage at the interference of the Israeli in such strident tones in American Jewish affairs.” An editorial in the New York Jewish Week said Sharon’s advice was “counterproductive” because it might give the American public the impression “that all of America’s foreign policy and domestic problems are based on Israel.”

But the Jewish Week also emphasized that “American Jews, as voters, have a means of expressing themselves.” With the 1980 New York presidential primaries just weeks away, the Week seemed to be encouraging Jewish voters to oppose President Carter’s re-election.

Sharon was also strongly attacked in the pages of the Jewish magazine Midstream by historian Bernard Wasserstein.

“If 1,000 rabbis had marched up and down in front of the White House and had refused to disperse until something concrete was done for the Jews, then, he believes, the administration’s conscience might have been stirred,” Wasserstein wrote.

“It is a picturesque scenario – and one which would no doubt earn the warm approval of Ariel Sharon – but, alas, is unaccompanied by any supporting evidence that might raise it to the level of a serious political proposition.”

Wasserstein was evidently unaware that in 1943, just before Yom Kippur, some 400 rabbis did march to the White House. That protest garnered important publicity for the cause of rescuing Jewish refugees, and helped galvanize congressional pressure on the Roosevelt administration on the rescue issue.

As it turned out, Sharon was ahead of the curve: American Jewry did follow his advice – 22 years later.

In the spring of 2002, Israel was rocked by a series of major Arab terrorist attacks, including a suicide bombing at a Passover Seder in Netanya, which killed 30 civilians, most of them elderly and many of them Holocaust survivors.

Sharon, who by then was prime minister, ordered a major counter-terror offensive throughout the West Bank territories. More than 20,000 Israeli soldiers were mobilized to carry out hundreds of raids, which went on for several weeks and included capturing or killing numerous terrorists, seizing weapons depots, and sealing up safe houses.

Within days, the George W. Bush administration was pressing Sharon to halt the operation and withdraw the troops. American Jews responded precisely as Sharon had been hoping back in 1980: on April 15, 2002, more than 100,000 protesters gathered near the White House to support Israel’s actions. Many evangelical Christians also joined the rally.

The New York Times reported that the rally illustrated the strong support for Israel, and uneasiness over President Bush’s position, among an emerging coalition of Jews and conservative Christians.

According to the Times, the president “attempted to mollify the conservatives” by sending “one of the most hawkish members of his administration, Deputy Secretary of Defense Paul D. Wolfowitz,” to speak at the rally. But Wolfowitz was greeted with boos and chants of “No More Arafat!”

In 2002, unlike in 1980, there were no Jewish leaders “taking umbrage” at the idea of such a rally, and no expressions of fear that supporting Israel would cause a backlash among the American public.

Sharon had been vindicated, and a new standard for pro-Israel activism in the United States was beginning to take shape. 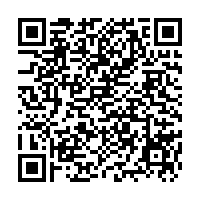