In the seminal Hasidic work called the Tanya, Rabbi Schneur Zalman states that this world is a world of “doubled and redoubled” darkness. It is of the lowest degree,  none lower in terms of concealment of His light; and yet, this is the world where God wants us to shine His light. Not in the celestial spheres, but down here in the physical world, this world of doubled and redoubled darkness.

In previous years and decades it may have been difficult to determine how dark this world is. This is not the case in our generation when the “doubled and redoubled” darkness has become most visible.


What should we do? What should our response be? We should gather together and scream “Didan Notzach! – Victory is ours!” as the following Midrash relates:

Once there was a very pious sage by the name of Abba Yosef, from the town of Zaysor. One day as he was sitting and learning by the stream, a spirit that dwelt there revealed itself to him.

Said the spirit, “You should know that I have dwelt here for many years, and whenever the men of the city and their wives pass by here in the morning and evening, [I have seen to it that] they weren’t harmed. “Now be aware that an evil spirit wishes to dwell here in my place, and it damages and harms people.”

“What can we do to make sure that it doesn’t come here?” asked Rabbi Abba Yosef.

“Go and warn the townspeople,” replied the spirit. “Tell them [to prepare themselves quickly and] whoever has a hoe, whoever has a shovel, whoever has a spade, and whoever has a plow should bring them here tomorrow when day breaks. You should look out at the waters, and when you see the waters becoming choppy, you should bang your irons together and cry out ‘Didan Notzach,’ and don’t leave until you see a drop of blood on the water.”

Rabbi Abba Yosef immediately went to warn the people of the impending danger and all the townspeople prepared themselves with their metal farming tools and they assembled at the edge of the stream. As the day broke and they saw the waters become extremely choppy, they immediately smote their iron tools against each other and cried out, “Didan Notzach, Didan Notzach!” Shortly afterwards, they noticed a drop of blood floating on the [now calm] water. The townspeople rejoiced at their salvation.

Victory in our Times

This Midrash was recounted by the Lubavitcher Rebbe four days after the 5th of Tevet, 5747 (January 6th, 1987). Without going into the events of that day, a day that is now celebrated annually in Chabad, the message from this Midrash is one that we can readily apply to our present discussion. Both because the Midrash relates to our topic in general, and also specifically as the headline that we will now discuss—Playstation and Xbox network attack— began during the days leading up to the 5th of Tevet (Shabbat, December 27th).

What I am about to say doesn’t come lightly, which is why the rest of this article will be devoted to explain this one statement. And here it is:

If you want to see what is different about our times, and what it means to witness doubled and redoubled darkness, then all you need is to read about the Playstation / Xbox network attack story.

In the past headlines and debates at least had some grain of truth to them; and while both sides were considered gray in comparison to the eternal light and truth of the Torah, and least there was something there somewhere.

What we are witnessing today are debates between two completely fictional protagonists. In recent weeks we’ve been reading about an inappropriate fictional movie called “The Interview” that’s been battling against the real-life North Korean dictator (or some other unknown hacking entity). And now the fiction has continued over to encompass the world of gaming as well with the December 25th (another fiction) attack on the Playstation and Xbox networks.

The Stack of Fiction

In computing terminology the “stack” is a collection of computing operations waiting to be processed. As this terminology was also used in a fictional card game, I thought it appropriate to numerically represent the “doubled and redoubled darkness” of the recent headlines under discussion. Let’s begin with the fictional movie and add to the stack from there:

How many layers of fiction do we have now? If you would like to keep counting, this time on the political scene instead of gaming scene, you can read JewishPress.com’s “War of Words Escalates Amongst Obama, North Korea and Sony.”

What should our response be to all of this? To a headline which has only layer upon layer of fiction? There is only one response and that is to scream out “Didan Notzach – Victory is ours!” until the vitality of the evil spirit vanquishes. Now that the waters before us are turbulent, we need to “bring down” the network of fiction and falsehood for good by clanging whatever tools we have at our disposal and shouting out “Victory is ours!”

The good lesson, the only good lesson from amidst all these many layers of fiction is that when the gaming networks went down, perhaps this gave pause for some to think about real-life concerns such as spending time with their family. But the message is not this. Not that a down network meant, at least for a few hours, “up” family time. Instead, the message, the only response to such a clear example of double and redoubled darkness, is to scream out until the evil spirits are vanquished from the face of the earth.

{This article originally appeared on InwardNews.com. Republished with permission.} 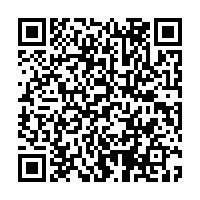