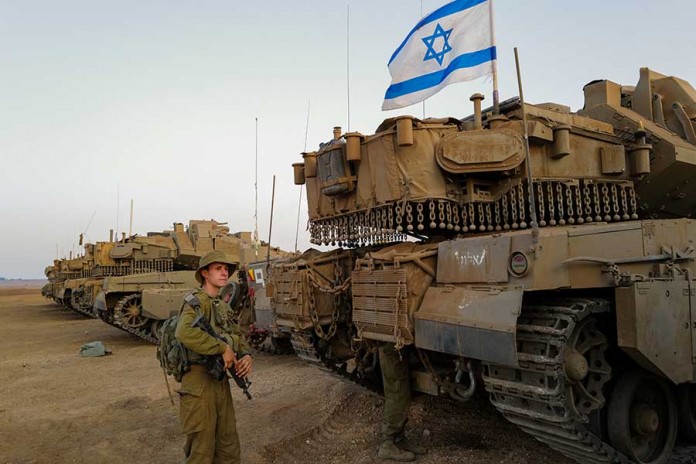 A recent controversy erupted in Israel which captures the many crosswinds of modern life in the state of Israel, especially for Hesder yeshiva students who combine Torah study with army service. This incident may have flown under the radar in North America, but it is a microcosm of the complexity of religious life in Israel.

About twenty years ago the situation began to change, as more and more religious yeshiva students opted to serve as officers in the IDF. This radical shift dramatically transformed the religious texture of army life. It also catapulted more religious people into national positions of influence. This decision, which came at the cost of extra Torah study, infused both the army and Israeli society with greater religious spirit.

A few months ago, my yeshiva, Yeshivat Har Etzion, otherwise known as the Gush Yeshiva, was approached by the IDF and informed that there was a personnel shortage in tank units – known as Shiryon. Generally, these units are less attractive than infantry units such as Golani and Givati and certainly less prestigious than paratrooper units known as Tzanchanim. Despite the reduced appeal of these units, our talmidim embraced the challenge and enlisted in this less prestigious tank unit. Generally, idealistic yeshiva students who view army service as the highest mitzvah, serve with greater enthusiasm and commitment. Their devotion is regularly acknowledged by the general army command and this decision was no different. The talmidim entered their service in armored carrier units, fully expecting the option of continuing to ketzunah, or to officer’s training.

Over the past few years, the army has begun integrating women into combat units. This is part of a nationwide effort to equalize opportunities for women in all sectors of public life. Women have become a major part of the defense effort, especially in the fields of intelligence and cyber security. More and more, women are beginning to enter actual combat units.

Two weeks ago, the army announced that a pilot program assessing the viability of women serving as tank commanders had proven successful and that, going forward, officer training courses for tank units would now be mixed-gender. This came as a shock to our talmidim who were aspiring to be officers. Serving in a mixed-gender tank unit creates obvious and significant halachic issues, as well as serious tzniyut considerations.

This created a major stir, as Yeshivat Har Etzion is a premier Hesder yeshiva with far-reaching cultural and political influence within the religious world, as well as within secular Israel society. The national press was all over this letter, and the army immediately denied any wrongdoing. This controversy is still unfolding and final decisions have yet to be cemented. We hope there are still ways to resolve this clash of interests.

There are two interesting layers to this story. The obvious issue is our struggle to juggle between conflicting responsibilities. Combining Torah study and army service is a very complex balancing act, and it places our talmidim in very challenging halachic, religious and moral predicaments. They face questions such as: what types of military exercises are absolutely vital and warrant Shabbat violation? When to schedule tefillot during extended military practices. How to manage kashrut predicaments which may not meet our general standards. Baruch Hashem, these predicaments can be finessed and, if anything, confronting these creates greater halachic awareness and commitment.

However, there are insoluble situations which can’t be easily finessed. Halacha is iron-clad and never to be violated. This is obvious, but unfortunately isn’t always obvious in Israel where we deal with a kaleidoscope of different values, many of which we endorse. It is easier to educate people to decide between good values and bad values but much more difficult to learn to prioritize values. Life in Israel presents a broad range of important values such as army, Israeli culture, and national unity, but of course our primary value is Torah and mitzvot and that value can’t be compromised. This is the obvious first layer to this episode. Despite our desire for cooperation, we had to draw a red line in the sand.

The second layer is far more nuanced. Within what is referred to as the national religious community of Israel, there exist two prevailing attitudes towards secular Israelis. How do we respond when their values clash with our world and their policies threaten our lifestyle. In response to these pressures, some view secular Israel as our adversary or our opponent. If they challenge our lifestyles, they must be enemies. This adversarial attitude often breeds venomous denigration, political brawling, and sadly even aggression directed at symbols of government such as soldiers, policemen and elected officials.

I was trained differently. My revered teachers, HaRav Aharon Lichtenstein and HaRav Yehuda Amital, the pioneering roshei yeshiva of the Gush Yeshiva, were institutionalists who deeply appreciated our partnership with secular Israel. We definitely differ along a range of important issues, but we must never forfeit our great historical partnership in resettling our people and rebuilding our ancient homeland. Our disagreements can be sharp, but they must never descend into open hostility or of defamation of the other side. Vilifying other Jews, especially in Israel, just because their values threaten ours is a malfunction of ahavat Am Yisrael. It is easy to love Jews similar to you, but the real trial challenges us to love your ideological enemies who are your Jewish brothers, and, in the case of secular Israelis, our partners in redeeming our people.

Over the years I distinctly recall heated staff meetings in which the rabbonim debated various demands of the army, which we felt compromised our chinuch interests. Though we expressed our stiff opposition, we never viewed it as an “us vs. them” proposition, but rather as an attempt to preserve our values within a partnership with those who didn’t accredit those values.

It is precisely this institutionalist tradition of my yeshiva which made this letter of opposition so unsettling to the IDF. In light of its tradition of honoring our partnership with secular Israel and with the IDF, my yeshiva – and many others which have been influenced by it – are viewed as collaborators who cooperate with the IDF rather than hostile adversaries. Many refer to this camp as the moderate wing of religious Zionism. I dislike that phrase because, to some, “moderate” implies lesser religious devotion or lesser commitment to fundamentalist values. I certainly don’t view collaboration with secular Israelis as less religious or less committed. Either way, though, we are definitely seen as more collaborative. In this light our letter of opposition was taken with greater seriousness by the army establishment, which is now trying to resolve the issue.

Our forceful letter ended with a plea to our talmidim not to misconstrue this disagreement and our decision to withdraw from enlistment in tank units as a defamation of the IDF. This is our joint army, part of our own community, and religious soldiers will always be ready to selflessly serve as people and our country. 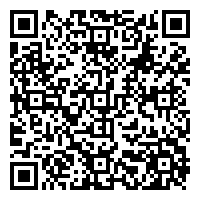