Officials in the Obama administration have decided they will be cutting the guest list in half for this year’s White House Chanukah party.

The Jerusalem Post, which first reported the development, suggested this will be politically harder for Obama the Democrat than it would have been for Bush the Republican.

As one of President Bush’s advisers for many of his Chanukah parties, I can assure you it would not have been easy in the previous White House either.

During the Bush years, Jewish staffers were inundated by people who wanted to be invited to Bush’s Chanukah soirees. Karl Rove once proclaimed at a West Wing meeting about the upcoming holiday parties that invites to the White House Chanukah party were officially the toughest ticket in town.

Bush’s first Chanukah party, in 2001, gained national attention as the first one ever thrown in the White House residence. Each year, Bush continued the tradition, adding various refinements along the way.

The first year, the children of a White House staffer lit the Chanukah menorah in a ceremony kicking off the party. In subsequent years, Bush selected as candle lighters children of Jewish men and women in uniform, the father of slain Wall Street Journal reporter Daniel Pearl and – in a joint ceremony to acknowledge Israel’s 60th birthday – the grandsons of Harry Truman, the president who first recognized the new nation of Israel, and of David Ben-Gurion, Israel’s first prime minister.

Another refinement was the introduction of kosher food. The party was not kosher at first, as kosher food is significantly more expensive than non-kosher food. Initially the White House did have a table with kosher food for guests who kept the dietary laws, but this led to confusion over which offerings were kosher and which were not.

One year, due to a labeling mishap, some observant Jews accidentally ate from the non-kosher tables, leading to high-decibel complaints directed at the prim and proper White House ushers. From then on, Mrs. Bush decreed that the parties would be completely kosher, regardless of the expense.

The scrutiny given to a White House Chanukah party, and particularly the guest list, will certainly be more intense in a Democratic administration than in the Bush years. One reason is the longstanding attachment of Jews to the Democratic Party, as voters and especially as donors. Fully 78 percent of Jewish voters supported the Obama-Biden ticket in 2008, and Jewish fundraisers figured prominently in the campaign.

Reducing the size of the guest list, as Obama officials want to do, will therefore be an extremely difficult task. Just inviting the more than 40 Jewish Democratic members of Congress and their spouses will take a significant portion of the allotted spots, let alone the expected invites to Jewish senior staffers and large-dollar donors.

Yet one wonders if there is more to this reduction than the reasons given by the administration, such as the high cost of kosher food and a desire to allow the list to grow over time.

Over the past year, the Obama administration has given the Jewish community a number of reasons to fear that it takes its votes for granted. For instance, there is the administration’s pressure on the Israeli government over settlements. And many Jews are concerned with the selection of Mary Robinson – a leader of the Durban conference boycotted by both Israel and the United States for its anti-Israel bias – as a recipient of the Medal of Freedom. In addition, the administration attempted (before eventually backing down) to put Israel critic Charles Freeman at the head of the National Intelligence Council.

The administration’s move on the size of the Chanukah guest list, as Politico noted, “comes on the heels of Obama’s cancellation of an appearance before the General Assembly of North American Jewish Federations.” (This was one instance where the president deserves the benefit of the doubt, having made the understandable decision to attend a memorial service for the victims at Fort Hood instead. Nonetheless, it has fueled the concerns of some who see it as part of a string of slights.)

For these reasons, while the size of the party may not be a big deal in the grand scheme of things, even some of Obama’s supporters may see it in the context of this longer train of politically tone-deaf decisions. 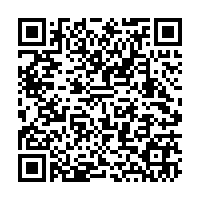