The whitewashing of Jew-hatred in the US drew much attention recently in the Ilhan Omar affair. The new Democratic member of Congress made several outspoken antisemitic remarks, and prominent whitewashers fell over each other to obscure the meaning of her words or offer explanations for them.

Nancy Pelosi’s statement about Omar must be included in any collection of whitewashing classics: “The incident that happened with [Omar], I don’t think our colleague is anti-Semitic … I think she has a different experience in the use of words.”

Jewish Democratic Congresswoman Jan Schakowsky’s take also merits inclusion in this collection. She remarked, “Ilhan Omar is a refugee from Somalia. She comes from a different culture. She has things to learn.” The uninformed reader might infer from this that Omar had only recently arrived in the US. In fact, she has lived there since the 1990s. In that time she has learned to run successfully for Congress, a challenge far more difficult than avoiding the expression of antisemitic comments.

In 2016, as cases of antisemitism in the British Labour Party were starting to pile up, party leader Jeremy Corbyn appointed Shami Chakrabarti to investigate the problem. The opening sentence of her report was a masterpiece of whitewashing manipulation: “The Labour Party is not overrun by antisemitism, Islamophobia or other forms of racism.” No one had claimed that Labour had problems with Islamophobia or racism. With this opening line, Chakrabarti diluted her investigation from the start.

Antisemitism in Labour existed before Corbyn became its leader in September 2015, but it was far less pervasive. The Labour party is now full of antisemitism whitewashers. A poll of paying Labour members in March 2018 found that 47% believe antisemitism is a problem, but its extent was exaggerated “to damage Labour and Jeremy Corbyn or to stifle criticism of Israel.” A further 31% said antisemitism is not a serious issue. Sixty-one percent thought Corbyn was handling the antisemitism claims well.

There are many ways to whitewash antisemites. The best known and most virulent American antisemite is Louis Farrakhan, long-term leader of the Nation of Islam. In 2018, Barack Obama’s former attorney general, Eric Holder, posed for a photo with Farrakhan. In 2005, before running for president, Obama himself stood for a “grip and grin” photograph with Farrakhan. This photo was only recently revealed and publicized. Public figures who meet with Farrakhan legitimize and whitewash his antisemitic rhetoric.

In Western Europe, many people feel the need to hide the problem of widespread Muslim antisemitism. There are multiple possible reasons for this. First, some progressives absurdly claim that only white people can be racists. Second, many politicians argue that because Muslims can be subject to Islamophobia, one should not aggravate the situation by pointing out the extent to which segments of the Muslim population contribute to antisemitism. A further reason may be that as Muslims are often immigrants or the descendants of immigrants, European governments do not want to open themselves to the accusation that they perpetrated a mass import of antisemites without any selection process.

Crimes in Germany against Jews by unknown perpetrators are registered as caused by extreme right-wingers. This greatly diminishes awareness of Muslim antisemitism. It was only at the end of 2017 that the fact of Muslim antisemitism was admitted by major German politicians. This happened as a result of a relatively minor incident, the burning of a homemade Israeli flag by Muslims in Berlin.

In France at the end of 2000, when the Jospin socialist government was in power, a major outburst of antisemitic incidents took place. Muslims were likely responsible for many of them. Many of these incidents were registered by the police and the Ministry of the Interior as “hooliganism.” The official version propagated by the Jospin government can be summarized thus: if Jews were attacked, it was not antisemitism but a reflection of a social problem. French sociologist Shmuel Trigano noted that the antisemitic violence went largely unreported by the French press for months.

Jewish whitewashers of antisemitism are particularly in demand.

In the United Kingdom, the Jewish Voice for Labour (JVL) claims that “advocating for BDS could only be antisemitic if accompanied by evidence that it is motivated by racially based hostility toward Jews.” As no anti-Israel inciter will make such a specific declaration, BDS has been cleared by the JVL as not being antisemitic.

One of the most prolific Jewish whitewashers of antisemitism is US publicist Peter Beinart, who claims that neither BDS nor Ilhan Omar is antisemitic. He writes: “There are an infinite number of injustices in the world, and even if one could rank them in order of severity, very few people choose their causes that way. More often, they protest injustices that have particular meaning to them.” Beinart is on the slippery slope to wholesale whitewashing of antisemitism that singles out Israel.

Prosecutors and judges can also be whitewashers of antisemitism. In Germany, three Palestinians attempted to burn down a synagogue in the town of Wuppertal in 2014. A court decided that this was a protest against Israel and could not be considered an antisemitic act. The perpetrators were given suspended sentences.

Norway, which was the last country in Europe to admit Jews, has a long antisemitic tradition. Last summer, the rapper Kaveh Kholardi shouted during a concert: “f*cking Jews.” A complaint was dismissed by Norway’s attorney general, who ruled that Kholardi was not engaging in antisemitic hate speech but rather in legitimate criticism of Israel.

All the above examples pale in comparison with the extensive whitewashing of antisemitism during the Holocaust. In Romania, the Communist regimes denied or greatly downplayed the country’s role in the genocide of Jews.

Closely linked to Holocaust whitewashing is Holocaust deflection. This was consistently done for decades by Austrian governments. They presented Austria as one of the Nazis’ first victims rather than as a fellow perpetrator.

States and governments are not the only ones who whitewashed Holocaust antisemitism. Europe’s leading philosopher of the second half of the 20th century, the German Nazi Martin Heidegger, said in a lecture: “Agriculture is nowadays a motorized nutritional industry, by nature the same as the production of corpses in gas chambers and extermination camps, the same as the blockade and the starving out of countries, the same as the production of the H-bomb.” By including the Holocaust among technical processes he covered up its moral aspects.

The above is only a small selection of examples of antisemitism whitewashing that, with appropriate research, can be turned into a major collection. 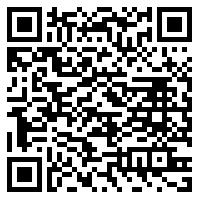