Who owns the Holocaust? That, ultimately, is the key question posed by the impending legislation in Poland that will criminalize any discussion, or investigation, or mere mention, of incidents of Polish collusion with the Nazi occupiers during World War Two.


My goal here is not to look into the details of the Polish dispute – save for noting that Warsaw’s impassioned claim that its ire is driven by the phrase “Polish death camp” to describe Auschwitz is actually a straw man argument. Nearly all reputable scholars of the Holocaust – including those at Yad Vashem, Israel’s Holocaust memorial – have repeatedly said, over several years, that this form of words is insensitive and inaccurate. It should be purged from our Shoah lexicon, but through education, not legislation.

This dispute is about who sets the parameters for our understanding of what the Holocaust was and what it represented – and it is a problem that extends far beyond Poland’s borders.

On a purely conceptual level, molding a particular historical event to fit a particular interpretation always involves simplification. Look at our own Civil War 150 years later – as we often do, and with great anger – and we still see it as North against South, a society of free individuals against a society built on slavery. All that is basically true, and yet it doesn’t easily explain why there were so many Northern Democrats more loyal to Jefferson Davis than Abraham Lincoln, or why the citizens of Eastern Tennessee threw in their lot with the Union.

This is why the study of history is only possible in free societies where all avenues of inquiry are open, and where knowledge is “owned” by all. Here in the West, our understanding of the Holocaust’s complexities has been hugely enriched by the histories, bibliographies, oral testimonies and images patiently collected and interpreted by scholars in Israel, the U.S. and Europe. But in the nations that were until 1989 under the boot of the Soviet Union, like Poland, the situation is the exact opposite; over there, “Holocaust education” for decades consisted of lies, distortions and shameful cover-ups.

It began with the Soviets, for whom there was no ideological or political room for something called the “Holocaust” in their account of the “Great Patriotic War.” In his monumental poem “Babi Yar” – a searing critique of the official Soviet representation of the Nazi massacre of 33,000 Jews by a ravine in Kiev in September 1941 – the Russian poet Yevgeny Yevtushenko summoned up the ghosts of native Russian anti-Semitism when he imagined himself as young Jewish boy in the midst of a pogrom. (“To jeers of ‘Kill the Jews, and save our Russia!’/My mother’s being beaten by a clerk.”)

Yevtushenko’s goal was to remind his readers of the difficult, painful truth that the Communist Party’s enforcers sought to suppress. The Holocaust was defined by the anti-Semitic legislation, persecution and eventual genocide – under the gaze and sometimes with the active participation of their non-Jewish neighbors – that defined the fate of the Jews under Nazi rule.

But just as the Communists sought to undermine this core truth at every turn, so do today’s ultranationalists. It’s not just Poland, after all. Croatia, Hungary, Slovakia and Latvia are just a handful of the other European countries where similarly ugly disputes have arisen, always involving ultranationalist political leaders promoting the deceitful rewriting of history. In all these cases, the end has been the same: to portray the occupied non-Jewish populations as facing exactly the same trials and perils as their Jewish neighbors, and thereby launder their own soiled records of past Nazi associations.

Here, I believe, is where the rub lies. The Holocaust scholarship engendered in the open societies of the west is robust enough to withstand these political campaigns to rewrite history. In that sense, the current Polish dispute is just a particularly nasty example of a clash we’ve seen before, and not much more than that. The real losers in all this are the very people these ultranationalists claim they represent.

Consider the following sentences. “The conditions in those trains defy coherent language…They were packed in a standing position in sealed, windowless, and unheated cattle wagons, for a winter journey of thousands of miles.” You might well think that the subject here is the deportation of the Jews, but in fact, it is the eminent historian Norman Davies’ description of the 1940 deportations of thousands of Poles by the Soviet NKVD to gulags in Siberia. So, as we see plainly here, the historical record rarely gives comfort to our preconceived notions and prejudices.

If the Polish government’s goal was simply to encourage greater awareness and education about Polish suffering under the Nazis, that would be a laudable goal. But by tying that aspect of Nazi rule so explicitly to the mass enslavement and extermination of the Jews, and by willfully misrepresenting documented evidence of Polish anti-Semitism and collaboration with the Nazis as a slander upon the Polish nation as a whole, they are engineering their own deserved failure, to the detriment of Poland’s people.

For instead of enlightening the world about how the Soviets and the Nazis collaborated to crush the Polish national movement – and why that matters especially today – Poland’s leaders are disgracing themselves by uncomplicatedly claiming three million Holocaust victims murdered because they were Jews for the general record of Polish wartime suffering.

You’d have thought that the Soviet Union was the last country they would want to emulate. 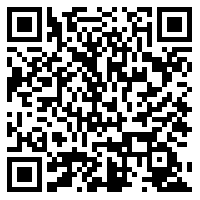