Sometimes we Jews don’t know who our friends are. For example, the Supreme Court’s recent decision outlawing mandatory union dues to public employee unions is great news for the future of American Jewry as it will greatly weaken the political force blocking tuition vouchers. But most American Jews probably don’t know that boost can be traced to political forces allied with the Republican Party or that those forces can help us resist the greatest threat facing American Jewry today: rampant assimilation and intermarriage.

It is widely appreciated that the best shield against assimilation and intermarriage is a Jewish day school education. Attendance at our day schools, however, is crippled by the inability of parents to pay twice for education – once in taxes to support public schools and again in private school tuition.


One solution is equal-share vouchers, the constitutionality of which has been upheld by the Supreme Court. But the public school teachers unions – the National Educational Association and the American Federation of Teachers – and their state affiliates oppose them. They have amassed enormous political power to preserve the public school monopoly.

In 2004, one third of the delegates of the Democratic National Convention were members of public school employee unions. About 95 percent of their unions’ political contributions have gone to Democrats.

This latest decision from the Supreme Court, however, promises to weaken these unions – and quite possibly enough to get relief on tuition from state legislatures that are likely to hear support for vouchers from President Trump’s Secretary of Education, who openly supports them. All this is good news for American Jews.

This victory would not have been possible, however, without a Republican president in the White House. It was Trump who nominated and a Republican Senate that confirmed Justice Gorsuch to the Supreme Court. The Janus decision last month was decided 5-4, and it was Justice Gorsuch who provided the crucial vote. It would have been decided differently had the Democrats won in November 2016. American Jews owe a hakorat hatov to President Trump and his party.

Although it is too early to tell with confidence, Israeli Jewry may owe the Trump administration a similar debt. The greatest enemy of Israel today is Iran, which is trying to create a military-aid corridor through Iraq and Syria to Lebanon – which it already controls – and from there to destroy the Jewish state. Israel has been trying to stop this. Although it has been little publicized, the United States has quietly been interrupting Iran’s corridor by occupying swaths of Syria bordering Iraq. This would never have been possible under a Democratic administration for Democrats have been reluctant to assert U.S. military power against Iran.

Trump has come down firmly on the side of Israel’s security in other ways. He scrapped Obama’s nuclear deal with Iran largely because it would, after a 15-year delay, permit Iran to build nuclear weapons. The Trump Administration’s openly pro-Israel secretary of state, Mr. Pompeo, is exerting great economic and other pressure on Iran to get its nuclear weapons program stopped permanently. And it the Trump Administration’s ambassador to the United Nations has steadfastly defended Israel’s right to protect its border with Gaza against an invasion orchestrated by Hamas.

For all this and more, Israeli Jews owe our Republican administration a hakarat ha’tov.

American Jews need to be clear-eyed about what the future holds for the Democratic and Republican parties. A new Pew Research Center survey shows that the divide between Democrats and Republicans on their support for Israel is growing larger. While 79 percent of Republicans sympathize more with Israel than the Palestinian Arabs, only 27 percent of Democrats do. In 1978, the divide between the two parties was just 5 points.

The poll also shows that since 2001 pro-Israeli sympathy among Republicans has grown by 29 points, while support for Israel by Democrats declined over that period by about 11 points. And who can forget the chorus of boos at the 2012 Democratic National Convention when a resolution identifying Jerusalem as Israel’s capital was brought to a vote. We all know Trump’s stance on that.

There is an apocryphal story about the day in 1951 when Bobby Thompson of the New York Giants hit a pennant-winning home run off a Brooklyn Dodgers pitcher. All of Manhattan exploded in joy. On the Lower East Side, an Eastern European-born bubbe was mystified and worried by all the commotion in the street. When her grandson ran into their apartment, babbling about the home run and how the Giants had won the pennant, the only thing the much-startled lady could think to say was, “Nu, is it good for the Jews or bad for the Jews?”

That is the question to ask now too. It is time for Jews to see with open eyes which party is good for the Jews. 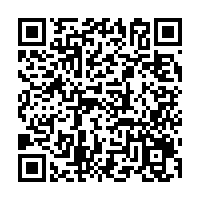