It was a meeting I will never forget.

Some twenty years ago, after receiving my rabbinic ordination, I sought the advice of my dear mentor, the world-renowned scholar Rabbi Adin Steinsaltz, on the role and responsibilities of rabbis today.


Among his many gems of wisdom, one stood out:

“The Talmud states that ‘the seal of God is Truth,’ ” he said. “So, if God is to partner with you as you assume the role of rabbi, you must ensure that His seal of Truth becomes your compass in your every endeavor and in your every decision.”

I was reminded of my mentor’s advice as I read, with great pain, the letter signed by 340 rabbis urging Congress to support the Iran deal. In the spirit of full disclosure, I must admit that I consider some of these rabbis to be friends whom I honor and respect. Despite this, I sharply and strongly disagree with them and their co-signers.

First, some of their claims are simply untrue.

The letter states that “this agreement blocks Iran’s path to a nuclear bomb.” This could not be further from the truth. In fact, this deal only brings Iran closer to a nuclear bomb, for it does not require the dismantlement of Iran’s many existing centrifuges and nuclear facilities, and it leaves almost all of Iran’s nuclear infrastructure intact.

And at the end of this 15-year deal, Iran’s breakout capability will be just days.

In another instance, their letter states that “should this agreement be rejected by the U.S. Congress, the sanctions will end.” That too is false. If this agreement will indeed be rejected by Congress, the United States will be able to maintain all the congressionally-enacted sanctions, putting continued pressure on Iran and providing leverage to restart multilateral negotiations.

Second, the letter fails to recognize the elephant in the room: Iran’s leadership remains as evil-minded as ever.

Just a few days after the deal was announced in Vienna, Iran’s Supreme Leader, Ayatollah Khamenei, declared: “Whether the deal is approved or disapproved, we will never stop supporting our friends in the region and the people of Palestine, Yemen, Syria, Iraq, Bahrain, and Lebanon. Even after this deal our policy toward the arrogant U.S. will not change.”

How can we negotiate with enemies that continue to seek our destruction? Can we not recognize that the hand we are shaking stems from the same entity whose other hand continues to dole out support to ruthless terrorists and whose mouth relentlessly calls for our annihilation?

“Peace is made with enemies; not friends,” some say. True. But only if these enemies first demonstrate their evil ways have radically changed. Isn’t that why certain types of lawbreakers are required to enroll in a variety of rehabilitation programs before their re-integration in society? And if rehabilitation programs are required of individuals, shouldn’t they also be required of nations whose potential power for damage is far deeper and greater?

Finally, at the very heart of the letter lies an approach that is deeply naive and potentially dangerous. For too long, many have succumbed to emotion and relied on baseless “hope” to silence our concerns and solve our problems, albeit seldom successfully.

Alas, what some rabbis and leaders seem to misunderstand is that hope unaccompanied by realism – by facts on the ground – is doomed to fail. We cannot communicate with our enemies and reach decisions on the vague hope alone that callous regimes will change their evil ways. Such an approach will only strengthen them and weaken us. Terrorist nations love to terrorize. And they thrive when their negotiating partners radiate ambiguity.

We live in a tumultuous time in which the future remains unknown. But it is not too late to act and change the course of history. Each of us can buttress our collective hope by urging our elected representatives, our senators and congressmen, to consider the many dangers this agreement poses to the United States and its many allies, and to vote in opposition to it. 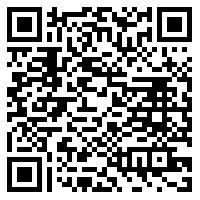