Four sentences found in this week’s portion have become a central element of the Passover Seder.

These sentences prescribe the ritual that is to accompany the presentation of the first fruits at the sanctuary in Jerusalem. A beautiful prayer is recited upon that occasion which deals with the Jews settling in Egypt; their being enslaved by Pharaoh; their crying out to God for help; and, finally, their being freed (Deuteronomy 26:5-8).


Yet why should verses from Deuteronomy be recited at the Seder table when there are chapters dedicated to the actual unfolding of the story in the Book of Exodus? Several answers come to mind.

The portion of the first fruits instructs the native Israeli to thank God for his bounty by bringing the first of his produce to the Holy Temple. Although not enslaved in Egypt, he recalls the Egyptian experience in the first person as if he were there. Hence this text is read on Passover night, as it is our challenge then not only to “retell” the story of the Exodus but also to “reenact” the event as if we, living thousands of years later, were in Egypt.

“Only through this total identification as a Jewish people,” writes Rabbi Shlomo Riskin in his Passover Haggadah, “can we ensure the historical continuity of Judaism and Jewry.” Just as the native Israeli acts as if s/he were there, we must do so as well.

Rabbi David Silber offers an alternative approach. Paradoxically, he argues, only the people who were not in Egypt can fully understand that bondage. In fact, many of the slaves who left wanted to return, as they never fully comprehended what it meant to leave Egypt. Only a free people can attain the proper perspective to recognize that the experience in Egypt may not have been a punishment but a covenantal opportunity.

Indeed, sometimes, one is better able to assess the significance of an event years after it has occurred. Seeing an experience from a distance gives one a more whole perspective of what happened. For example, the generation after the Holocaust, not having been there, has a different perspective on the significance and impact of the Shoah. Each generation has the potential to understand the Shoah in ways that even survivors may not.

A final thought comes to mind. The text chosen to be analyzed on the Seder night deals with the land of Israel to teach that leaving slavery has much more significance and meaning if it is followed by entry into the Jewish land of Israel. The land of Israel then takes its place as a central idea in the Passover Seder.

Centrality of Israel is a foundation of Judaism. There are, of course, communities in the Diaspora that have become exemplary expressions of Torah values. But the only place where the national destiny of the Jewish people can be carried out is in the land of Israel. Only there do we have the sovereignty, the independence, the autonomy, to potentially become a light to the nations. Thus, entry to Israel is inextricably bound to the exodus. Without it, redemption is incomplete. 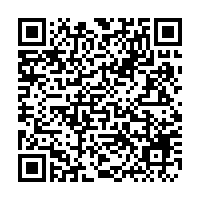