Something special happened in Birmingham, Alabama last week. Very few Jews realize how important it was.

Two years ago, the Presbyterian Church-USA (PCUSA) became the first mainline Protestant denomination to vote for a process of divestment from companies doing business in Israel. Last week, 94 percent of the delegates to its General Assembly approved a resolution that replaced the language of divestment from Israel with a call for investment in peaceful pursuits. It affirmed Israel’s right to defend itself. A preamble to the document offered apologies to the Jewish people for the hurt they suffered from a resolution they called “flawed.” They followed up with a resolution asking that suicide terror be considered a crime against humanity, further distancing themselves from the wishes of their church’s leaders.


Why is this important, even momentous? Divestment has been the cornerstone of a worldwide campaign to punish the Jewish state for the “sins” of “occupation.” It is not the economic impact that is crucial to those behind the campaign so much as popularizing a potent falsehood. Divestment caught on in a big way with regard to one major human rights abuser – white-ruled South Africa. The proponents of divestment want the American public to equate Jerusalem with an apartheid, illegal colonialist oppressor state.

Unfortunately, many people believe this. It’s a view that’s quite prevalent in Europe and on many American campuses. But until 2004, such corrosive and dangerous rhetoric had not penetrated America’s heartland.

The PCUSA resolution of two years ago changed that, and directly led to every other major Protestant denomination either following suit or considering following suit. This is exactly what the anti-Israel lobby wanted. Anti-Israel activists even have an acronym for their strategy – BDS, which stands for boycott, divestment, and sanctions.

Arab websites have cited the divestment resolution as proof that even the Americans are beginning to come around to their perspective. Divestment talk – even without actually withholding a single dollar from companies in Israel – has therefore been used to support the most extreme elements of the Arab world. As former CIA director (and Presbyterian) Jim Woolsey testified before a committee in Birmingham, “A vote for divestment is a vote for Hamas.”

How did things get so bad? To answer this question, we have to examine the many roads that led to Birmingham.

One of them starts in Geneva, home of the World Council of Churches, an international umbrella group that includes all the mainline American Protestant denominations. This group has long been virulently anti-Israel. One of us was told by a candidate for the office of PCUSA moderator that, recently, the WCC fielded twenty-six resolutions regarding human rights violations around the globe. Of those 26 resolutions, 23 were critical of Israel, leaving very few for the entire expanse of a globe awash in bloodshed and oppression, including Arab repression of Christianity, genocide in Sudan, concentration camps in North Korea, and a host of other horrors. The WCC’s monomaniacal animus toward Israel makes it one of the world’s most important and respectable exporters of hatred of the Jewish state and its supporters.

An even darker road starts in Durban, South Africa, where the UN World conference Against Racism was convened just before 9/11. It was there that a consortium of Human Rights groups and other NGOs (non-governmental Organizations) launched a campaign to have Israel declared the “apartheid” regime of the 21st century. While the U.S. and Israel boycotted the hatefest, Jewish delegates were confronted with open hostility by groups supposedly there to promote “civil society.” Jews were subjected to threats and physical intimidation, culminating with a protest by 17,000 Muslims rallying at a banner that read “Hitler should have finished the job.” On that day, police cautioned Jewish delegates that their safety couldn’t be guaranteed if they attempted to walk to the local Jewish community center. 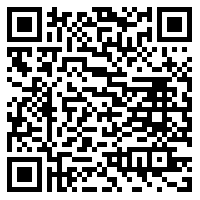