In the late nineteenth and early twentieth centuries, Theodore Herzl convened a series of World Zionist Congresses. Each convention contemplated the plight of the Jewish people and the need for a Jewish homeland. But it was the Kishinev pogrom of April 1903 that sharply brought into focus the burning issue of establishing a refuge for the Jewish people from the ravages of pogroms and anti-Semitism.

At the Sixth Zionist Congress, held in that fateful year of 1903, Herzl brought to the attention of the assembly an offer by the British government to grant the Jewish people a home in Uganda. He presented it to the floor and was greeted with boos and jeers. Though Herzl knew that the place for the Jews was Eretz Yisrael, he believed the Uganda idea had merit as a stop-gap measure. But it was clear that most Zionists were adamantly opposed. Herzl closed his speech to the Sixth Zionist National congress by quoting from Tehillim (Psalms), “If I forget thee, O Jerusalem, let my right hand forget its cunning.”


Herzl was dead within a year, but his prophetic vision established him as the Father of modern Zionism. In his speech to the First Zionist Congress, in 1897, he’d predicted the establishment of a Jewish state in at most 50 years. He was off by just one year. One is left to wonder whether the Uganda idea, had it come to fruition, would have saved European Jewry during the Second World War.

One thing is certain. The United Nations’ affirmative vote for a Jewish state in 1947, the creation of Israel in 1948, and the sympathy of much of the international community during those momentous months came at a terrible price in Jewish suffering. Six million Jews had been ruthlessly murdered by the Germans, and six thousand more would be killed in Israel’s War of Independence. Many of the great sages of the time declared the birth of the first Jewish commonwealth in 2,000 years a historically and religiously significant event – albeit one largely brought about by non-religious people – even the beginning of the redemption of the Jews and the time of the coming of the Messiah.

I just returned from a two-week visit to Israel on which I lead a tour of the eighth-grade class of the Bess and Paul Sigel Hebrew Academy of West Hartford, Connecticut. This was the twentieth such tour I’ve led, introducing children to the beauty and splendor of Eretz Yisrael.

One of the most moving segments of the trip was our time at the new Yad Vashem Holocaust memorial in Jerusalem. Visiting Yad Vashem with students had always been meaningful, but I hadn’t been there since the new construction was completed.

When you enter the museum, perhaps the most poignant scene is the showing of a continuous movie depicting the lives of the Jews in pre-war Europe. The individuals portrayed constituted essentially the same makeup of the Jewish people today. They looked normal. They represented a wide spectrum of Jewish observance, each making up the whole of the diversity of our people. These are the people whom Hitler strove to portray as subhuman, deserving of death in the most barbaric ways imaginable.

The most powerful message I derived from my visit, however, was the reality that without the State of Israel today we would once again have no homeland to turn to, no place of ultimate refuge. Israel is a haven for the Jewish people. The government, corrupt as it is, oversees a vibrant state that is the center of Torah learning in the world today and that boasts the largest concentration of Jews – anywhere. If not for that secular government we all love to criticize, we would not have these centers of learning in Israel nor would we have a haven of refuge should another mass persecution of Jews take place. 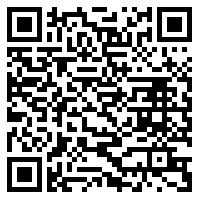