The announcement earlier this month that Israel and Morocco have agreed to
establish full diplomatic relations and normalize ties was not a complete
surprise. After all, it is no secret that the 2 countries have had friendly
relations with each other for decades.

If anything, the question is what took so long.
But it is not just that Israel and Morocco have been friendly for so long.
More than that, the ingredients that made normalization possible under the
Abraham Accords were there 25 years ago too, if not longer.
The circumstances that made the Abraham Accords possible now and enabled Trump
to do something that previous administrations could not do, and in fact
claimed was just not possible — those circumstances are not really new.
In 1996, historian Bruce Maddy-Weitzman, Senior Fellow at the Moshe Dayan
Center for Middle Eastern and African Studies at Tel Aviv University, wrote a
paper for The Maghreb Review entitled
Israel and Morocco: A Special Relationship</a ></i >. In it, he not only gives the background that led to the establishment of
low-level liaison offices in Rabat and Tel Aviv. He also underscores elements
that years later would make normalization possible in 2020.
For example, today a major impetus for the Arab normalization of ties with
Israel is the threat of Iran, both because of its status as a state sponsor of
terrorism and its efforts towards nuclear weapons.
But back in 1996, Iran was not the threat it is today. So what common
interests drew Israel and Morocco together?
Maddy-Weitzman writes:

From the outset of Moroccan independence in 1956 and through subsequent
decades, Israel and Morocco identified a number of vital interests common to
both sides: their perception of a common threat posed by radical
pan-Arabism, epitomized by Gamal ‘Abd al-Nasir [Nasser] in Egypt, the Ba’th
in Syria and Iraq, and the FLN in Algeria. (p. 36-7)

These radical elements were a threat to the stability of Morocco’s monarchy
and were antagonistic towards Israel as well.
From Morocco’s perspective, it made sense to turn to the West for the
economic and military help it needed in order to deal with the challenges to
its stability, both in the region and at home. It was in Morocco’s interest
to turn to the US  and “like so many other countries, Morocco concluded
that one important road to Washington passed via Jerusalem.”

And of course back then too it was in Morocco’s interest to get US
support on the issue of the Western Sahara.

The goal was more than
the cold peace we associate with Egypt and Jordan. According to Weitzman,
Morocco’s King Hassan II had “a particular vision of renewed Semitic
brotherhood, based on an idyllic Jewish-Arab past in Morocco and Muslim Spain,
which could contribute to an economic and human renaissance in the
contemporary Middle East.”

And on the less idyllic and more practical side, then — like now — there was
the financial boon that could potentially accrue to Morocco as a result of a
peace agreement:

The Israeli Export Institute estimated in October 1994 that Israel’s export
potential to Morocco during the coming three years amounted to $220 million
dollars annually, in areas such as agricultural products, irrigation
equipment, the building trades, hi-tech electronics, processed foods, and
professional services for infrastructure development. In addition, the
potential for Morocco serving as a centre for the re-export of Israeli goods
to other North African countries was estimated in the tens of millions of
dollars. Estimates of the value of Israeli goods reaching to Morocco via
third parties and subsidiary companies ranged from $30-100 million annually.
(p.45)

Not bad.
Also, in another foreshadowing of what UAE has to gain from a peace agreement,
Yedi’ot Aharonot quoted US sources in 1996 that Morocco was looking into
Israeli help in upgrading 20 of its F-5 combat jets.
Before Israel signed peace treaties with Egypt (1979) and Jordan (1994),
Morocco made clear what kind of relations it wanted with Israel. Weitzman
lists the kinds of statements made by Morocco during the years 1976 to 1977:

a. the historical affinity between Arabs and Jews as ‘sons of Abraham’ and
‘grandsons of Ishmael and Isaac,’ an affinity which could form the basis for
the tapping of both sides’ capabilities in order to modernize and develop
the Middle East;

b. Israel’s capabiility for contributing to the
modernization and development of the Arab world;

c. the dangers
to the Arab world inherent in prolonged conflict;

d. the need for
coexistence and integration, which required Israel’s withdrawal to the June
1967 boundaries, creation of a Palestinian state, and full peace,
recognition and integration between Israel and the Arab states; and

e.
the need for dialogue to solve all problems, including dialogue between the
PLO and Israel. (p. 41)

One could easily imagine the UAE making these statements — including its
continued commitment to the Palestinian Arabs, but these statements about
peace that seem novel even now were being made over 40 years ago.

But no groundbreaking peace treaty between Morocco and Israel happened.
Official trade between the 2 countries amounted to just $2 million.Why?
One reason might be that Nasser and the other potential threats to Morocco’s
stability posed a different kind of danger than what Iran does today. Iran is
a Muslim state, but not an Arab one. Its brand of Islam fanaticism is very
different from the pan-Arabism Nasser advocated as the leader of Egypt. And
Iran takes the spread of its influence very seriously.
But more than that, King Hassan II of Morocco saw himself as a facilitator,
hosting summits, conferences and Israeli prime ministers — while at the same
time maintaining his image as a leading Arab statesman. In 1967, Morocco sent
armed forces to Egypt, although they only got as far as Libya. In 1973,
Moroccan forces in Syria participated in the Yom Kippur War. The following
year, he hosted the conference that conferred recognition of the PLO.
He was in no hurry to sign a peace treaty with Israel, preferring a gradual
approach.
His son, King Muhammad VI, may be a different story.The question
now is no longer when peace will start, but rather how far will it go.
Advertisement 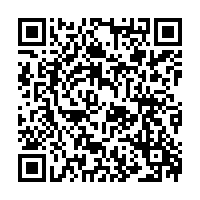