The expulsion of 10,000 Jews from their homes five years ago was not a localized event in the Gaza Strip. It was a national implosion, a national disgrace. It caused enormous physical, psychological, social, cultural, military and strategic damage to the entire nation – and it still does. Like an ecological disaster, its foulness still seeps through our foundations, and continues to poison us.

Undermined by enforcing a political agenda, the entire political system, the media and judicial institutions refused to act responsibly. Basic civil and human rights of Jews were abandoned. Those responsible for welfare and proper compensation misled and lied; led by SELA, the Disengagement Authority, Israel was in denial.


Israel’s political – and many of its spiritual – leaders, those for whom we voted and in whom we trusted, failed to organize and prevent this catastrophe. Ministers who disagreed were fired; public debate was suppressed.

Knesset members were impotent and negligent; they did not insist on proper procedures, to which all citizens are entitled; and no one was held accountable.

The IDF, which virtually all Israelis closely identify with and believe in, was brainwashed. Israeli soldiers were turned into zombies; those who refused to participate in the Gaza expulsions were heavily punished – a misuse of the IDF that was both illegal and immoral.

The media protected Ariel Sharon and those who planned, organized and carried out their pernicious plans because they agreed with his agenda. The perpetrators were even honored and promoted. Military and strategic advisers who disagreed with Sharon remained silent in order to keep their positions.

We believed those we elected, as well as the very institutions of government, were fair and honest. We were wrong.

The destruction of 25 Jewish communities was – and remains – a symbol of national betrayal. The same toxic thinking led to the removal of Jewish communities from the Sinai and to the Oslo accords, which brought PLO terrorists to power and caused the slaughter and wounding of thousands of Jews. The product of corruption, deception, greed and arrogance, the Gaza disengagement is an example of cruel indifference and the abuse of power.

The disengagement left a deep wound that will not heal – not only because lives and homes were destroyed but because it was immoral, unjust and irrational. The knife of perfidy is still in our spiritual guts; it is an ongoing trauma – and not just to the people who suffered physically and mentally. The disengagement, as Hamas and Hizbullah remind us, symbolizes not pride and victory but our shame and defeat.

The tragedy of the policy of retreat, i.e., unilateral withdrawal – still advocated by people like Defense Minister Ehud Barak – is that it accomplished nothing.

Billions of dollars were wasted that could have been spent to improve roads (which would have saved hundreds of lives every year), improve our educational and health systems, construct a fence along the Egyptian border to prevent smuggling and illegal immigration, provide public housing, and build an efficient rapid transit system.

Imagine the billions that would have been saved and more billions earned every year by implementing such projects.

Obsessed by the task of destroying Jewish communities and propagandizing the public, Ariel Sharon’s government neglected Israel’s security, endangering us all.

The government failed to respond to Iran’s nuclear threat, which in 2005 consisted of only one facility; it failed to prepare the IDF for the threat from Hizbullah, which led to Israel’s failures in 2006; it failed to protect Israelis near the Gaza Strip from bombardment, failed to stem the rise of Hamas in Gaza; and it failed to stop the proliferation of smuggling tunnels, thereby setting the stage for the incursion into Gaza in 2009.

Those who planned and executed the disengagement, those who supported it, those who volunteered to help carry it out, and those who remained silent are responsible for this trauma. While talking incessantly about peace with Arabs, they ignore the need to make peace with their fellow Jews. But there has been no inquiry and no investigation; no one was blamed or punished – or even took responsibility – for this failure.

An official commission was convened because nine Muslim militants who tried to murder IDF soldiers were killed aboard a Gaza-bound ship; yet no commission was assigned to investigate the national tragedy of Gush Katif. 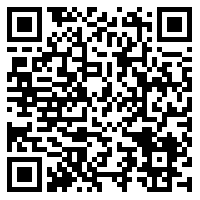