Why have so many leftists and progressives come out in support of Islamofacism vs Charlie Hebdo? Are they bent on revolutionary change? Or do they simply lack humour?

Removing this human right, in line with Islamofacism, would not by any means guarantee a peaceful and respectful political environment. It would not remove murderers from society, it would not engender genuine respect for governance, authority, or religion. It would simply silence people. Enforced at the point of a sword or a gun, the law against free speech would engender mindless obedience in the majority. At the threat of a sword or a gun, most people would give up this fundamental right. Yet even so, there would be conflict between the rulers and the ruled. Witness the recent flogging of Saudi Arabian blogger Raif Badwai, whose pursuit of freedom of expression shows this to be true.

A subtle and insidious form of self-censorship is already occurring in the media. Many journalists here and in America are covertly blaming the Charlie Hebdo writers themselves. David Brooks writing in the New York Times says;

The journalists at Charlie Hebdo are now rightly being celebrated as martyrs on behalf of freedom of expression, but let’s face it: If they had tried to publish their satirical newspaper on any American university campus over the last two decades it wouldn’t have lasted 30 seconds. Student and faculty groups would have accused them of hate speech. The administration would have cut financing and shut them down.

He calls it “a teachable moment”.

As a Muslim, I’m fed up with the hypocrisy of the free speech fundamentalists

Mehdi Hasan contends that the Charlie Hebdo sacked one of its oldest cartoonists,Maurice Sinet in 2008 for making an allegedly anti-Semitic remark. I agree with Hasan on this count, the magazine’s satirical expression should not preclude any religious or social group. If the magazine is justified in mocking one faith group, it should be justified in mocking all faith groups, otherwise there is an imbalance.

At the same time, the murder of Jewish writer, Elsa Cayat (for the sin of being Jewish) seems to have gone under the radar in much of the world’s reporting of the event. Likewise, novelist Michel Houellebecq has retracted his controversial stance that Islam is the “stupidest religion in the world”.

Islamofacist preacher, Anjem Choudary proclaimed Charlie Hebdo’s last magazine cover to be, “an act of war”. Let’s face it, what Islamofacists detest most is that Westerners live under democratic rule. This means we have a sense of humour about life, and the ability to laugh at ourselves. Jewish comedian extraordinaireJoan Rivers once said,

Life is so difficult, and I cope with it by making jokes about absolutely everything.

Show me an Islamofascist who can do that. In Choudary’s world, Joan Rivers – may she rest in peace – would have been beheaded. Choudary is unconcerned with human rights. He – and others like him – is intent on grabbing control of national resources and imposing sharia (i.e., Anjem’s) law. He is concerned with the deculturalisation of democratic, freedom loving Britain and other non-totalitarian states. He postures as an Imam, making use of the Quran to justify his Islamic-sounding rhetoric, but at heart he is a politician with a lust for power. Like all Islamofacists, Choudary doesn’t respect national boundaries, Israeli, Palestinian or otherwise. He is calling for one world order.

One of the staunchest defenders of the connection between the right to speak freely and majority rules system is Alexander Meiklejohn. In order for a democratically elected majority government to work an educated electorate is vital. As per Meiklejohn, a vote based system won’t be valid if people with significant influence have the capacity control the electorate by withholding data and smothering feedback and critique.

Recent research at the WGI project (Worldwide Governance Indicators) shows that the right to speak freely, and the responsibility it incurs, affects quality of governance. “Voice and Accountability” within a country, defined as “the extent to which a country’s citizens are able to participate in selecting their government, as well as freedom of expression, freedom of association, and free media” is one of the six dimensions of governance that the WGI measure for more than 200 countries.

Netanyahu: ‘We’re Doing All We Can To Keep Everyone Alive, Economically and Physically’ 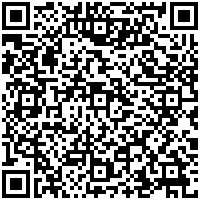