Two IDF soldiers were killed and seven others were wounded, most of them suffering shrapnel injuries and broken bones, in an attack on northern Israel launched Wednesday at 11:35am by the Iranian-backed Hezbollah terrorist organization.

A UNIFIL peacekeeper from Spain also died in the exchange of artillery fire that followed.


The multi-pronged attack on Mount Dov, Mount Hermon and the Metullah area in northern Israel involved gunfire and anti-tank missiles directed at a convoy of two IDF vehicles and two civilian vehicles traveling from Mount Dov. Both of the unarmored army jeeps were hit directly.

One of the missiles hit a home in the Druze village of Ghajar, which caught fire.

The IDF was instructed to evacuate all civilians from Mt. Hermon, according to IDF Spokesman Lt.-Col. Peter Lerner. Residents of Metulla and Kibbutz Snir were asked to stay inside on lockdown. The area of the northern Golan Heights along the border with Syria has since been declared a closed military zone. Roads to the area were closed to all civilian traffic. Route 99 was shut down by police in both directions and the airports at Rosh Pina and in Haifa were still closed on Wednesday evening.

The IDF returned artillery fire to the source of the attack, launching more than 20 shells at the southern Lebanon village of Kfar Shouba, according to military sources speaking on Army Radio. Although it appears that Hezbollah attempted to carry out a cross-border abduction raid similar to that launched in 2006 at the start of the Second Lebanon War, the effort failed and there were no kidnappings, an IDF spokesperson said.

IDF Chief of Staff Benny Gantz convened an emergency assessment meeting as IDF troops were sent to the north to beef up forces in the region.

The IDF searched the area for tunnels near Zarit, where residents over the past year reported hearing the sounds of tapping and perhaps “digging” underneath their homes.

For obvious reasons, the IDF and IAF are on the highest alert status. Government leaders told media at 3 pm that the situation appeared to have “calmed” for the present time but that there is “not yet a feeling of having returned to a normal routine.”

This was the most serious security incident to take place in northern Israel since the Hezbollah rocket attack and kidnapping of two IDF soldiers that led to the 2006 Second Lebanon War. 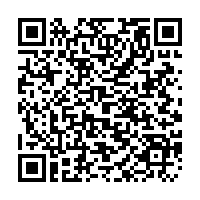