But I also understand the limitations of the First Amendment. Freedom of speech is designed to promote the marketplace of ideas. It is not a license for giant media companies to deliberately and maliciously defame citizens, even public figures. So when CNN made a decision to doctor a recording so as to deceive its viewers into believing that I said exactly the opposite of what I actually said, that action was not protected by the First Amendment. Here is what CNN did.

I was asked to present the Constitutional argument against President Trump’s impeachment and removal to the United States Senate this past January. For an hour and seven minutes, I argued that if a president does anything illegal, unlawful, or criminal-like — if he commits treason, bribery or other high crimes and misdemeanors — he satisfies the criteria for impeachment under the Constitution. But if a president engages in entirely lawful conduct motivated in part by the desire to be reelected, which he believes is in the public interest, that would not constitute grounds for impeachment. Everybody seemed to understand the distinction I was drawing. Some agreed, others disagreed. But the distinction was clear between illegal conduct on the one hand, and lawful conduct on the other hand.

Two days later I returned to the Senate to answer questions put to the lawyers by the senators. The first question to me came from Senator Ted Cruz. He asked whether a quid pro quo constituted an impeachable offense. My response was consistent with my argument two days earlier: I said that what “would make a quid pro quo unlawful is if the quo were in some way illegal.” If it was, it could constitute an impeachable offense. But if it wasn’t illegal or unlawful, the president’s political motives could not turn it into an impeachable offense. That was quite clear. Indeed, the next question from the senators was directed to the Democratic House Manager who was asked to respond to my answer. Congressman Adam Schiff, disagreed with my answer, but understood the distinction between lawful and unlawful. So did CNN. When they first showed my answer, they showed it in full, including my statement that a quid pro quo would not be impeachable so long as it was not “in some way illegal.” I then went on to say that if a president was motivated in part by his desire to be reelected, which he believes was in the public interest, that motive would not turn a lawful act into an impeachable offense.

But then CNN made a decision to doctor and edit my recorded remarks so as to eliminate all references to “unlawful” or “illegal” conduct. They wanted their viewers to believe that I had told the Senate that a president could do anything — even commit such crimes as “bribery” and “extortion” — as long as he was motivated by a desire to be reelected. That, of course, was precisely the opposite of what I said. And that is precisely the reason by CNN edited and doctored the tape the way they did: namely to deliberately create the false impression that I had said the president could commit any crimes in order to be reelected, without fear of impeachment.

CNN then got its paid commentators to go on the air, broadcast the doctored recording and rail against me for saying that a president could commit crimes with impunity. Joe Lockhart, former White House Press Secretary under President Clinton, said that I had given the president “license to commit crimes” and that:

No one corrected him by pointing out that I said exactly the opposite in the sentence that CNN had edited out. Nor did anyone correct Paul Begala when he wrote:

“The Dershowitz Doctrine would make presidents immune from every criminal act, so long as they could plausibly claim they did it to boost their re-election effort. Campaign finance laws: out the window. Bribery statutes: gone. Extortion: no more. This is Donald Trump’s fondest figurative dream: to be able to shoot someone on Fifth Avenue and get away with it.” (Emphasis added)

CNN is, of course, responsible for the decision to edit and doctor the recording to reverse its meaning and they are also responsible for how their paid commentators mischaracterized what I said.

So I am suing them for a lot of money, not in order to enrich myself, but to deter CNN and other media from maliciously misinforming their viewers at the expense of innocent people. I intend to donate funds I receive from CNN to worthy charities, including those that defend the First Amendment. Every American will benefit from a judicial decision that holds giant media accountable for turning truth on its head and for placing partisanship above the public interest. So I will continue to defend the First Amendment as I have for the last 55 years (I am now consulting with Julian Assange’s legal team). But I will insist that giant media not abuse their First Amendment rights in the way that CNN did. 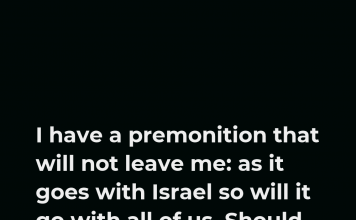