{This column was originally appeared in Haaretz}

I admit, I was nervous.


My heart was racing because this was the first time I had addressed a foreign parliament, but I knew the courage of my convictions in the justice of the cause would see me through. As they called my name to speak at the EU Subcommittee on Human Rights in Brussels last week, I knew that I was representing not only myself but the men and women of the Israel Defense Forces.

To my right was a representative of the NGO Breaking the Silence. For years, their representatives have regularly traveled the world to speak in parliaments, on campuses and in communities. Their message is a litany of horror stories about the actions of IDF soldiers, which are often void of context and unverified. Their global travel undermines the credibility of their claim to be an organization that seeks to influence Israeli civil society from within.

When the Breaking the Silence activists came to Brussels last week, I think they expected to have the floor to themselves, as they normally do when they team up with the Palestinian anti-Israel lobby to address various legislatures. But this time, I was there with my story.

I was there to give testimony based on my experience as a reserve infantry officer in the Israel Defense Forces. I believe my reflections on IDF service represent the vast majority of both IDF soldiers and the Israeli population. I am proud to have gone to Brussels to share how Israeli soldiers observe the moral code taught to them, even while fighting asymmetric warfare against terrorist groups that use Palestinian families as human shields. I was pleased to present and welcomed the Q&A session with European parliamentarians.

What I was not prepared for was the reaction. While most people applauded my testimony, Breaking the Silence members and their supporters appeared angry and bitter at having their allegations countered. Perhaps they have become too accustomed to speaking to adoring crowds of Israel-critical foreign politicians or anti-Israel Palestinian lobby groups abroad.

In a column that mentioned my name no less than eight times, Haaretz journalist Anshel Pfeffer castigated me as “a paid propagandist” and a “government-funded mouthpiece” who works “for the right-wing StandWithUs group which masquerades as ‘pro-Israel.’” He also deemed my Zionism and my patriotism subpar when compared with those of the members of Breaking the Silence.

But I’d rather tell you who I really am. I’m a law student at Bar-Ilan University. Since 2005, I have served in every conflict against Hamas in Gaza as a commander or officer. I participated in Operation Autumn Clouds in 2006, Operation Cast Lead in 2008-9, Operation Pillar of Defense in 2012 and, as Israel was barraged by rockets last summer, I returned to reserve duty in Operation Protective Edge. Believe me, war is hell, but if, God forbid, Israel found itself at war once again tomorrow, I would be there to serve. So to see my patriotism questioned in print, after I and thousands of other soldiers like me defended all the citizens of our country, is deeply offensive.

Yes, I work part-time at the Israeli education organization StandWithUs, which is responsible for tremendous outreach here in Israel and around the world on behalf of the Jewish state. I head up two chapters of the educational nonprofit’s nationwide Israeli fellowship program, which identifies and educates campus leaders from Israel and abroad. My fellow students who are involved in StandWithUs represent the right, left and center of the political spectrum – we are part of an educational organization, not a political one.

My criticism of Breaking the Silence should not be interpreted as a criticism of the idea of working within Israel to create change. That is part of our democracy. My criticism is about how the group’s members dedicate themselves to a vicious international campaign of slander against Israel. They are paraded by Israel’s enemies as the rule, rather than the exception, and they are relentless in tainting the army that keeps Israeli citizens safe and that treats Palestinian civilians with humanity.

If Breaking the Silence wanted to present a true picture of the IDF, it would not blatantly omit mention of terrorism, or the goals of Israel’s enemies, or the deadly rocket fire and terror tunnels from Gaza. It would not omit discussion of how the enemy hides behind Palestinian civilians and attacks Israeli civilians. Instead of simply raising awareness about the moral dilemmas the IDF faces, Breaking the Silence ignores this vital context in its reports, which often consist of anonymous, unverified testimony.

Breaking the Silence is hypocritical in name and in aim. If anything, there has been too much silence from soldiers like me – the vast majority of IDF soldiers and reservists – as the group goes on international defamation tours sponsored by European governments and anti-Israel NGOs. There has been too much silence in countering the hypocrisy of the group’s claims and its intensive lobbying effort to get foreign countries and NGOs to attack Israel. If anyone can be called paid propagandists, it is them. The IDF has hundreds of thousands of citizen soldiers and reservists – thousands of whom served in Gaza in the campaign against Hamas – who try to live up to its high ethical standards, but Breaking the Silence doesn’t tell that to its foreign hosts.

No longer will its delegitimization efforts go unchallenged. That is a silence I, and soldiers like me, will continue to break. 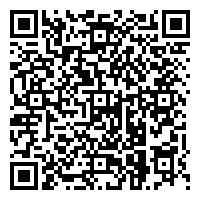