Declaring that Israel secretly controls the American government is anti-Semitic, plain and simple. It doesn’t matter if the person who utters this slur is a drunk in a bar or a former diplomat in a three-piece suit. It’s still anti-Semitic.

One such former diplomat stooped to uttering this charge in a recent interview with the Washington Post. The Obama administration’s Mideast envoy and former ambassador to Israel – Martin Indyk – told the Post on December 14 how he saw U.S.-Israel relations in recent years: “The relationship under Trump was that when Bibi said ‘Jump,’ Trump asked, ‘How high?’”

But the fact that Indyk is a serial offender does not make his offenses any more acceptable. We dare not become accustomed to bigotry simply because we hear it so often. We must never accept such expressions as a normal part of everyday discourse.

It’s interesting how, on many other occasions, major Jewish organizations have had no trouble identifying and denouncing such statements as bigotry. Recall, for example, the response of Jewish groups when The New York Times, on April 28, 2019, published a cartoon showing President Trump wearing a yarmulke and a blind person’s dark glasses being led by a vicious dog that had the face of Israeli Prime Minister Benjamin Netanyahu.

The American Jewish Committee declared that the cartoon “would not have looked out of place on a white supremacist website.”

The Anti-Defamation League (ADL) called the cartoon “anti-Semitic propaganda of the most vile sort,” and warned that “this type of content normalizes anti-Semitism by reinforcing tropes of Jewish control, and does so at a time when anti-Semitism is surging.”

The ADL also declared that the decision of the Times to publish it “was not simply a management misstep but a moral failing of major proportions.”

The editors of the Times themselves finally acknowledged that “the image was offensive, and it was an error of judgment to publish it.” Times spokeswoman Eileen Murphy said the newspaper was “deeply sorry” for publishing the cartoon, acknowledging that such “imagery is always dangerous, and at a time when anti-Semitism is on the rise worldwide, it’s all the more unacceptable,” adding, “We are committed to making sure nothing like this happens again.”

The American Jewish Committee, the Anti-Defamation League, and the New York Times spokeswoman were right. The cartoon was anti-Semitic, offensive, and dangerous.

Now let’s apply their standard to Martin Indyk’s multiple statements claiming that Israel’s leaders secretly “instruct” the president of the United States and tell him when to “jump” and “how high.”

Which means that Indyk’s statement, like the publication of the cartoon, represented “a moral failing of major proportions.” It can’t be otherwise. We can’t say that a newspaper’s decision to publish an anti-Semitic cartoon is a moral failing, while an ex-diplomat’s decision to express the same sentiments is not a moral failing.

Martin Indyk is no longer a representative of the U.S. government, fortunately. But he remains very much in the public eye. He is a frequently-quoted commentator in the press and on television and radio shows. His former positions in the State Department allow him to pose as somebody whose professional experience qualifies him to be a voice to which the public should listen.

That being the case, Indyk’s promotion of an anti-Semitic trope cannot be ignored or dismissed. His statements about Jewish control are as dangerous as the drawings of that political cartoonist – and therefore they need to be condemned as strongly and loudly as we condemned the anti-Semitic cartoon and its publisher. 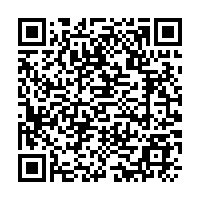