A Ben Samuels report in Haaretz Wednesday night should give pause to any rightwing Jew, in Israel and the US, on two counts: one, because it represents yet another attempt by US Jews to fix Israel; and, two, because of its disturbing Kumbaya note, the likes of which we have been spared for a while, thank God.

Samuels was gushing about the opportunity to finally achieve real peace, the kind of peace made possible only by direct contact between real human beings on either side of the fence (I mean, read the head and subhead: Joe Biden Will Enjoy One Advantage No President Ever Had on Israel-Palestine – A new fund approved by Congress will give his administration the ability to invest tens of millions of dollars in peacebuilding efforts on the ground). It’s like every time a new twist on the Oslo Accords descends into a new catastrophe, a new one pops its cheerful, fuzzy head.


First, the facts. The Nita M. Lowey Middle East Partnership for Peace Act of 2020, which was enacted as part of the Consolidated Appropriations Act of 2021, “establishes two special funds to support programs encouraging peaceful co-existence and expand economic cooperation between Israelis and Palestinians.”

The Nita authorizes $50 million a year for five years divided among the two funds to support joint programs. And don’t you worry, because “all funds will be subject to applicable US laws governing Palestinian assistance programs—including the Taylor Force Act,” so no terrorist hanky panky, and “no funds may be provided to governments, the Palestinian Authority, the Palestine Liberation Organization, groups involved in terrorist activity or members of foreign terrorist organizations.” So, like, it’s covered, only good people need apply.

Here’s the thing, though: according to Samuels, the Nita was the brainchild of the Alliance for Middle East Peace (ALLMEP), “an umbrella organization of groups working in Israel and the Palestinian territories,” which spent almost a decade “advocating for such a fund and finally achieved the bipartisan support needed for making it into law.” They tried and tried and every time they thought they were there, somebody, usually a Republican, became suspicious and walked away. Ten years – you must hand it to the folks at ALLMEP, theyre nothing if not persistent.

And then something wonderful happened – the Holocaust. I don’t mean that the Holocaust was wonderful, I understand it was very bad, but a Congressional delegation that included Rep. Nita Lowey (D-NY), Senator Lindsey Graham (R-SC), and Rep. Jeff Fortenberry (R-NE) visited Israel on the 75th anniversary of the liberation of the Auschwitz concentration camp, and they met with some “grassroots activists in Jerusalem,” according to Samuels.

Rep. Ted Deutch, a Democrat from Florida who was part of the same delegation, reported that just hearing those heartwarming stories of people “working on the ground to create collaborations between Israelis and Palestinians” filled the visiting American lawmakers with a powerful sense of all the peace that can be made between the two warring sides using the proposed fund, and, as Deutch from Florida puts it quite ominously: “The bipartisan effort establishes a strong foundation for the incoming Biden administration to build upon.”

Lord have mercy, another bunch of Americans has just decided to fix Israel.

We looked up the ALLMEP on the trusted NGO Monitor website (Alliance for Middle East Peace – ALLMEP, November 12, 2020). Turns out ALLMEP is a coalition of 118 member organizations, “building people-to-people cooperation, coexistence, equality, shared society, mutual understanding, and peace among their communities.” However, in contrast to these stated goals, NGO Monitor notes that its members include “a number of highly biased and politicized NGOs that promote agendas based solely on the Palestinian narrative of victimization and completely omit Israeli perspectives.”

Meet Huda Abu Arqoub, ALLMEP’s Regional Director. She has claimed that Hamas is “not a terrorist organization.” She also accused Israel of attacking Islam – when Israel has an elected Islamist faction in the Knesset. At the 2014 and 2015 J Street conferences, Abu Arqoub openly supported anti-Israel boycotts, divestments and sanctions (BDS).

ALLMEP member Holy Land Trust accuses Israel of “ethnic cleansing” and signed an “Urgent call to action” during the 2014 Gaza conflict accusing Egypt of “complicity in Israel’s genocide of the people of Gaza.”

ALLMEP member Parents Circle Families Forum (PCFF) exploits the grief of families and the language of peace to promote a highly divisive and contentious, anti-Israel agenda.

ALLMEP member OneVoice International was the “legal-organizational channel” for Victory 2015 (V15), a campaign seeking to defeat Prime Minister Benjamin Netanyahu in the March 2015 elections. OneVoice Israel’s Executive Director Polly Bronstein said: “We believe that it’s critical that the majority of Israelis who are concerned about the numerous security and socio-economic challenges we face have their voices heard in the next election. We need a prime minister and a government who will be responsive to the people.”

ALLMEP member Sikkuy regularly accuses Israel of “racism” and presents views based on the Palestinian narrative of victimization, often completely omitting Israeli perspectives and legitimate national security concerns. It is also a signatory to the Haifa Declaration, which calls for a “change in the definition of the State of Israel from a Jewish state” and accuses Israel of “exploiting” the Holocaust “at the expense of the Palestinian people.”

They have 118 member NGOs, all professional Kumbaya singers, all speaking perfect American, and they are going to be standing, hat in hand, in Joe Biden’s doorway come January 20,  to pass Go and collect their $250 million.

ALLMEP’s executive director, John Lyndon, told Samuels that “the status quo has not been static since the mid-1990s. The US government and foreign policy architecture hadn’t really caught up with reality. The initiatives were well-meaning, but achieving a final status agreement simply wasn’t possible.” Lyndon believes the Nita fund approved by Congress is “more incremental, it’s more practical about how conflict resolution works, and it’s rooted in comparative models that have worked elsewhere.”

Lyndon refers to the International Fund for Ireland which was the model for the Nita. The IFI invested $1.3 billion in peacebuilding projects in Northern Ireland in the 12 years before the April 10, 1998 Good Friday Agreement which ended the decades of violence between Irish Catholics and Protestants. It’s very tempting to suggest just copying and pasting this success story, what can go wrong? The answer is, of course, a lot.

The best outcome of the Nita Act would be if 118 anti-Israel groups are guaranteed funding for five years, enough to pay off the car, buy a new house, order in more often. The worst? History has taught us (but Americans always stay home that day): every single time the Israelis make concessions to reach the desired peace with their next door Arab neighbors, it results in rivers of blood. In 1936, 1947, 1994, 2000, 2015. Check the record. The reason is that the leadership of the many different Arab factions between the river and the sea are criminal gangs making their living on protection. They have nothing to gain from peace with the Jews. In fact, peace with the Jews would empower the chickens they’ve been plucking for more than a century, the Arabs who work and run businesses. What wants that?

President Biden, do yourself a big favor, sink the Nita before it reaches the shore. You’ll thank us later. 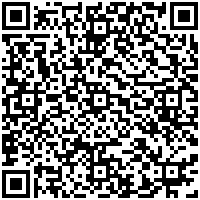