At a recent conference at the United Nations on strategies to defeat the Boycott, Divestment and Sanctions Movement, J Street—a Jewish, progressive advocacy group that claims to reject BDS—sent some of its constituents to stir up controversy. J Street members wore T-shirts reading “anti-BDS & anti-occupation” and when invited to ask questions, referred to Israel as an “illegal occupier.”

The former Soviet dissident Natan Sharansky was also in attendance. His “3D” test has become the standard used by the U.S. State Department and other institutions to determine when criticism of Israel crosses the line into anti-Semitism. Mr. Sharansky’s three Ds are delegitimization, demonization and double standards. Measured this way, J Street is itself anti-Semitic.

Using the term “occupier” is a polite way of demonizing Israel as a thief. It suggests that Jewish invaders colonized territory rightfully belonging to the Arabs. Talk about a double standard. To suggest that Jews are occupiers in a region known for more than 3,000 years as Judea is as ridiculous as suggesting that Arabs currently living in Arabia are occupiers.

“Occupier” is a legal term that does not apply to Israel. Israel’s legal title and rights to its present territory were established in the San Remo resolution, an agreement adopted by victorious Allied Powers after World War I, confirmed by the League of Nations, and incorporated into the U.N. charter. None of the Jewish people’s rights to live, emigrate to and settle the land of Israel have ever been revoked, nullified or superseded by a subsequent act of international law.

Calling Israel an “occupier” has become essential to anti-Israel forces, as they persist in efforts to delegitimize the Jewish state. A U.N. resolution passed in December demands that “Israel immediately and completely cease all settlement activities in the occupied Palestinian territory.”

Tarring Israel with the “occupier” label also gives its violent enemies grounds upon which to portray terrorism as resistance to occupation. When an Israeli killed a Palestinian who was attempting to stab an Israeli soldier in 2015, the Palestinian Authority claimed that the occurrence “exposes the ugly face of the occupation” and “its crimes against the helpless Palestinian people.”

The terms “occupier” and “occupation” have infiltrated the media, academia and government bodies around the world. Mostly their use has been confined to non-Jewish organizations. Now, however, Jewish groups like J Street have taken to slandering Israel as an occupier, thus engaging in anti-Semitic speech and lending material support to Israel’s enemies.

Israel passed a law in March prohibiting foreigners who participate in BDS from entering the country. J Street responded by claiming that the bill will “further isolate” the Jewish state and “validate Israel’s critics.”

J Street doesn’t have to shed its support for a two-state solution or abandon the work it does to ensure the well-being of Palestinian Arabs. But it must reject the lie that Israel is an occupier. Until then, J Street can’t claim to have good intentions toward Israel. 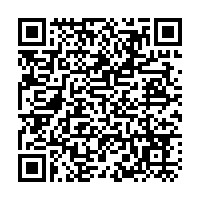