Thousands of Palestinian Authority employees on Saturday took to the streets in Gaza City to protest drastic cuts in their salaries, Ma’an reported.


According to the PA government, the cuts are an attempt to manage a financial crisis which has been exacerbated by Hamas. Apparently, the real rulers of Gaza collect taxes from the people but do not send the money over to Ramallah.

The protestors called on PA Chairman Mahmoud Abbas to form a national unity government with Hamas, which could, perhaps, take care of the revenue payments.

The Gaza-based Deputy Secretary General of Fatah, Fayis Abu Eita, said in a statement that “these crowds in Gaza came to confirm their complete support for President Abbas, and to appeal to him to cancel the unjust measures.” He, too, joined the chorus against the PA premier who “takes food from [our] children.”

According to Ma’an, PA civil servants in Gaza received only 70% of their March salaries, with some receiving even less. 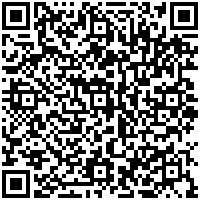