I have always known that on my maternal grandfather’s side we are descended from both the Chasam Sofer and the Divrei Chaim. Zaidie Raphael Schreiber was the great-nephew of the Sanzer Rav, his grandmother’s brother. In fact, that is how he got his name. His bubbie had just arrived for the bris of her daughter’s newborn son when she got word her brother was ill. She asked her daughter and son-in-law to name the baby Raphael for a refuah sheleimah (complete recovery) for her brother.

Our relationship to the Chasam Sofer via Zaidie’s father was not as clear to me. As so often is the case, when we are young we neglect to ask our grandparents all the questions we only think of afterward – questions about our roots, life in the days when they were growing up, etc. When we are finally ready with so many questions, it is often too late to ask.


I was talking to one of my grandchildren recently and this subject came up. In our conversation she admitted to me that she knew nearly nothing about the relative she is named after. I thought that was sad. And then I suddenly realized that I knew almost nothing about the person I am named after.

My Hebrew name is Nechama. I am named after my father’s grandmother, and it had never occurred to me to ask him anything about her. At that moment it felt extremely important for me to know all about her, and I was feeling bereft. After a few moments I realized that all was not lost. I visited my Aunt Rivie (my father’s youngest sibling) and she was able to tell me many stories about my great-grandmother Nechama. She was truly a tzadeket and I am proud to carry her name and to try to live up to her deeds.

There are times we ask our children to name their baby after a departed relative, and sometimes they have that very thought themselves, but we should think long and hard before we do so.

It is said that parents have ruach hakodesh (a heavenly spark) when they name their baby and it is important to give them wide leeway when it comes to choosing that name. I have long felt that a little part of the neshamah of the namesake enters the little child and this is why it is often the case that as the young child grows up he reminds us of the person he was named after.

My advice to parents and grandparents is to sit your children and grandchildren down when they are older and tell them about the person whose name they bear; tell them stories about that person and what made him or her so special to you.

What about children who are given biblical names or beautiful Hebrew names? If it comes from a biblical figure, that of course is a wonderful thing to aspire to. But in any case parents should explain to their children why they picked a specific name. Sometimes parents give a child a beautiful Hebrew first name while choosing a middle name after a departed relative, and that should also be explained.

Please, do not wait until it is too late. Impart to your children and grandchildren their roots and the history of the family. If you make it interesting while they are young, they will remember it throughout their lives. 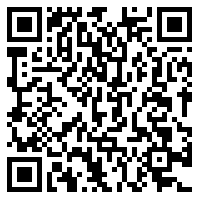