The Knesset on Wednesday night, following a lengthy debate, passed in a second and third and final vote the War on Terror Law 5776-2016,by a 57 to 16 majority. The new law includes stricter punishment for terrorists and expands the state’s legal means of fighting them, including, for the first time, making digging a tunnel for terrorist purposes a criminal act.

The new law eliminates the emergency regulations which have been used since the establishment of the state. One of the new law’s provisions says that the punishment of a terrorist sentenced to life in prison may not be reconsidered during the first 15 years. It also punishes with 5 years’ imprisonment the direct incitement or encouragement for acts of terrorism. The new law does not require proof of any actual act of terrorism that resulted from the incitement.

The new law authorizes the defense minister to impose administrative forfeiture of the property of individuals suspected of security violations. It also empowers government to prevent an attorney representing two clients involved in the same investigation from meeting his clients. The law also imposes seven years’ imprisonment on a person threatening to carry out a violation that would be punishable by a life sentence.

The new law also revises the court procedures in terrorism cases, including interviewing a witness outside court, pre-trial testimony, statute of limitation on terrorist acts, detention of a security suspect, diversions from the rules of evidence, and concealed evidence.

Altogether, the new law cancels out two laws, two orders, and dozens of emergency Defense Regulations. It also modifies a long list of sub-items in as many as 14 existing laws.

Constitution Committee chairman MK Nissan Slomiansky (Habayit Hayehudi) who presented the bill for its final vote said that the conformation of the new law nullifies “60 laws and rules dating back to King George VI, so this is a kind of Day of Independence.” He praised the new law for emanating directly from Israel’s real, everyday experiences, “the real life in the State of Israel.”

MK Zahava Gal-On (Meretz) said that the only way to fight terrorism effectively is to eliminate the motivation for terrorism. She voted against the bill , saying, “I think it won’t do one thing: it won’t really provide tools for the war on terror, instead it will place us yet again on the list of countries that take advantage of a democracy’s ability to carry out anti-democratic legislation.”

The Arab MKs objected to the new law, saying it was anti-Arab rather than anti-terrorism. But MK Yoel Hasson (Zionist Camp) said in response that despite the fact that the law is complex, it is an Israeli law and not an anti-Arab law, “and it’s a law intended to protect all the citizens of Israel, since terror, if I may remind you, my friends, does not tell the difference between those sitting by this table or the other.” 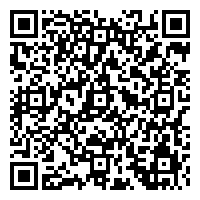