How can it be that despite the Palestinian Authority’s (PA) support for terrorism, violations of the Oslo Accords and non-stop anti-Israel incitement, so many Israelis seem to be in favor of establishing a Palestinian state next door? Could it be that the answer is found in the asking?

Just last week, newspaper headlines announced that according to a new poll, 47 percent of Israeli Jews still support Palestinian statehood. The poll was carried out by the Tami Steinmetz Center for Peace Research, at Tel Aviv University.

But as with most news about Israel, you need to dig behind the headlines to find out the real story. In this case, the real story is the wording that the Steinmetz Center used. The question which got that 47 percent figure was loaded with false assumptions and completely unrealistic expectations. In other words, the poll offered a fantasy.

The Steinmetz Center asked respondents if they supported a “two-state solution” that would include:

So there you have it: The “Palestinian state” that 47 percent of Israeli Jews would favor is a creature of the Steinmetz Center’s imagination. A permanently peaceful, totally demilitarized, terror-fighting Palestinian state that won’t insist on flooding Israel with “refugees.” Who wouldn’t want such a neighbor? Frankly, I’m surprised only 47 percent of Israeli Jews voiced their support.

It’s not hard to understand why advocates of the Palestinian cause are so enamored of the Steinmetz Center. The center’s website reports that its polls of Israeli public opinion are undertaken “with funding from the European Union and the Netherlands Representative Office in Ramallah.” I guess the EU and the Dutch government, both of which are passionately pro-Palestinian, see the center’s work as helpful to the Palestinian cause.

You can bet the EU and the Dutch would be mighty unhappy if the Steinmetz Center asked questions that included factual statements about Palestinian statehood. How about questions such as these:

Any chance of the Steinmetz Center ever asking such questions? I’m not holding my breath, and you shouldn’t either.

Al Jazeera Says No To Iranian ‘Liberation’ Of Jerusalem 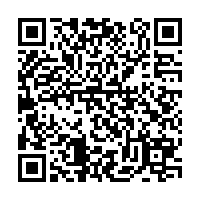