Peace in the Middle East between Israel and its neighbors—including the Palestinians—is generally described as “elusive.” Why have forty years of active efforts not led to permanent peace in the region? Why 20 years after Oslo is there no great sign that peace stands ready to break out between the Palestinians and Israelis? The simple answer is that parties are negotiating on different planes that can never intersect.

Let’s analyze the ostensible goals of the parties to the current round of talks. The Israelis want peace and one can see why: lower regional threats, less military spending, greater regional cooperation, increased tourism revenue, export of Israeli technology, increased trade with Europe and more. What do the Palestinians get in the peace deal? They get less than half of the land they believe they deserve. They can look forward to a million or more Arab “refugees” showing up, expecting housing, food, work, and schools. They will be saddled with building an economy without natural resources or a strong technical ethos, while international donations will dry up (especially from Muslim countries, for the sin of recognizing a Jewish state). In short, the Israelis have much to gain from peace, while the Palestinian leaders who are running their side of the talks have much to lose.


Additionally, Israelis negotiate like Americans and Europeans: they try to cut a deal, but if it does not work, then they fall back to the present conditions. The Palestinians work in a different way: either they get what they want, or they pull out the terror card. Lawyers who reviewed signed confessions of Marwan Barghouti’s lieutenants found a singular pattern: if negotiations in the Arafat period were going well, then Tanzim and the like were told to lay low. If the Israelis were intransigent—on borders, refugees, or the like—then the order was given to attack. Negotiations cannot proceed when one side is willing to take a much greater liberty than the other side is willing to entertain. Picture if one football team had to respect the out-of-bound lines, while the other did not. The Israelis might walk away from talks, but they would not order the murder of Palestinian citizens, leftist propaganda aside. The Palestinians, on the other hand, are more than comfortable using attacks on Israeli citizens as a means to get what they want at the negotiating table—and this is a point that Americans and Europeans diplomats have never understood. They are convinced that everyone thinks like they do: peace is always good, and the rules of negotiations exclude violence between sides.

The reason for this failed understanding is cultural. Let’s look back at the Nazis, some of the greatest murderers ever. One notes that no German soldier was ever commanded to either kill or injure himself in order to gas, shoot, blow up, torch or otherwise kill a Jew. The Nazis were sadists and invented horrific ways to kill Jewish men, women and children; still, they would not have considered personal bodily harm or worse as being required to kill a Jew. The Palestinians, on the other hand, not only are active practitioners of suicide bombings, but polls still show that their citizenry supports such activities. We of a Western mind-frame find it impossible to consider such an act—whom do we hate so much that we would be willing to undertake such horrific activity? Are there any children or aged citizens of any country that we would hope to obliterate with flying shrapnel so as to somehow exact revenge on somebody else who has some tenuous relationship to the ones blown up? I have asked these questions to student groups visiting from the US; no one can answer in the affirmative.
This week marked another gratuitous prisoner release by Israel in the ersatz peace process.

These releases have generally been categorized as “confidence building measures.” Is there anyone who could define or identify any confidence built by releasing 26 murderers? The Palestinians partied with the released convicts and demanded the release of all Palestinian prisoners; Israelis felt anguish at the release and saw protests and complaints against the release of more murderers. What confidence was built by this act? None. The prisoner release is a bribe to the Palestinian leaders to continue with the worthless process of peace-making, so that they can show their base that they are getting something from the talks. The terrorists are free, the Palestinians only want more, and the Israeli leadership is put in the uncomfortable position of explaining why murderers walk free, with nothing to show for it. The Palestinians get their terrorists back, but the act has no tangible effect on the direction, good will or pace of the negotiations.

The current peace talks will enjoy the same fate as their predecessors; and ditto for any future talks. The talks will break down because even the most left-wing Israeli politician is not yet ready to commit national suicide to accommodate the minimal Palestinian demands on dividing Jerusalem, accepting indefensible borders, and welcoming anything more than some token refugees. The Palestinians will blame the Israelis, as will most of the international community. Israel will point the finger at an intransigent Palestinian Authority, and we’ll wait for the whole process to start again sometime in the future.

I would argue that the above analysis is pragmatic and not in the least pessimistic. The Palestinians have too much to lose by making peace and also play by rules not understood or appreciated by the likes of John Kerry or Catherine Ashton. The simple fact is that the Palestinian Authority today enjoys large contributions from international donors and avoids all responsibility for building a functional society designed to absorb four generations of self-made Palestinian “refugees” living in Lebanon, Iraq, Syria and the like. Israel looks forward to a rosier future, one that would include peace; the Palestinian cannot see getting a better deal than they have in the present. And for that, negotiations will—again—go nowhere, however much John Kerry and his Israeli partners try to tell us otherwise. 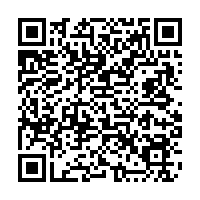