Over 90 percent of Israeli Jews, we are told, celebrate the Passover Seder. For a society that is often described as predominantly secular, or even anti-religious, this is a very high proportion.

But the continuing centrality of this tradition, which has endured for over 3,500 years, should not be surprising. As Jews, we are defined by our common history, with the Exodus from Egypt, from slavery into freedom, and the entry into the Land of Israel as the defining events. The Seder is a reaffirmation of this legacy, and its centrality to Jewish continuity.


In 1947, David Ben-Gurion appeared before the United Nations Commission, weighing Jewish and Arab claims to this land:

Three hundred years ago, a ship called the Mayflower left for the New World… Is there a single Englishman who knows the exact date and hour of the Mayflower’s launch? …Do they know how many people were in the boat? Their names? What they wore? What they ate?

He contrasted this record with that of the Jewish people:

More than 3,300 years before the Mayflower set sail, the Jews left Egypt. Any Jewish child, whether in America or Russia, Yemen or Germany, knows that his forefathers left Egypt at dawn on the 15th of Nisan. …Their belts were tied and their staffs were in their hands. They ate matzot, and arrived at the Red Sea after seven days…

At the opposite end of the spectrum, the attempt to deprive us of this history marks the greatest threat to Jewish survival — more dangerous than Iranian nuclear weapons or Hezbollah rockets.

This campaign to erase or rewrite the Jewish experience takes many forms. The Arab and Palestinian version, which has an increasing number of adherents in Europe and among radical academics in North America, denies the link between the Jewish people and the Land of Israel. Jews are portrayed not as the indigenous people returning to their homeland, but as “imperialists” and “neo-colonialists,” while the history, including the Exodus, is downgraded to the status of “myth,” or, at best, another narrative — stories for children with little wider importance.

In July 2000, at the Camp David summit, when Yasser Arafat told President Clinton that the Jews never had a Temple in Jerusalem, he was not creating a new version of the denial of this historical legacy. The PLO leader did not invent this historical fiction — it is widely disseminated across the Arab and Islamic worlds, including among the leaders of the Iranian regime.

Similarly, among many diplomats, journalists and academics, the ancient Jewish connection with the Land of Israel, long before Christianity and Islam were formed, has been replaced by the Palestinian claims. In this version, the 1948 Arab invasion of Israel has been transformed into Jewish aggression against innocent Arab civilians, turning them into refugees and victims. And the 1967 Six-Day War, which was triggered by Nasser’s preparations for another effort to destroy Israel, is reinvented as another Israeli invasion.

In Europe and elsewhere outside the Middle East, this readiness to discard history, at least for the Jews, is reinforced by the political and economic convenience in adopting a pro-Arab position. As De Gaulle understood in the 1960s, Arabs far outnumber Jews, and have a great deal of oil to sell. Furthermore, both Christians and Muslims see themselves as “replacement religions,” claiming to have superseded the Jews.

Replacement theology is explicitly invoked by the leaders of the church-based boycotts, as well as in justifying Palestinian and Muslim rejection of the Jewish return to active status on the world stage. From this theological position, it is more convenient to erase this history than to deal with the assertion of Jewish rights that date back 4,000 years.

In the face of this campaign, the Passover Seder is our collective opportunity to reclaim and reassert Jewish history and the centrality of this legacy. As Ben Gurion reminded the world in 1947:

Jews worldwide still eat matza for seven days from the 15th of Nisan, and retell the story of the Exodus, concluding with the fervent wish, ‘Next Year in Jerusalem.’ This is the nature of the Jewish people.

God Commanded Abraham to Leave. Was he Talking to Us? – Israel Unplugged [audio] 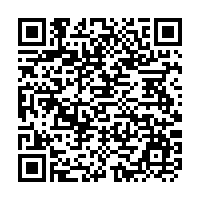