From early in the Trump administration, a Mideast peace team led by senior advisrr to the President Jared Kushner, Special Representative for International Negotiations Jason Greenblatt and U.S. Ambassador to Israel David Friedman set out to correct the mistakes of the failed Oslo Accords and redefine the terms for a peace agreement between Israelis and Palestinians.

Unlike previous peace attempts, the Trump plan recognizes that at the core of the conflict are lands central to Jewish history, particularly Jerusalem and the biblical provinces of Judea and Samaria. The Trump team establishes that Jews have rights to live in those territories, which were set aside during the British Mandate period as part of a future state.

The Trump team similarly wished to take into account Israel’s complex security needs, and recognizes that Israel’s pre-Six-Day War borders are insufficient for the defense of Israel’s major population centers.

Yet despite establishing those initial game-changing concepts, the precise formula for a peace arrangement was at best a work in progress. To get the ball rolling, the United States sought to build credibility with an Israeli public worn out from failed peace attempts. By recognizing Israeli sovereignty in Jerusalem and the Golan Heights, the Trump administration successfully demonstrated to Israelis that it could be a trusted peace broker, particularly after the relatively hostile administration of Barack Obama.

A year of electoral limbo …

And yet, by the time the Trump team had put the finishing touches on a proposal that will still call for Israelis and Palestinians to reach a bilateral agreement, Israel found itself stumbling into an electoral abyss.

Israeli Prime Minister Benjamin Netanyahu, who by all accounts has a strong relationship with the Trump administration and had significant input regarding the plan, called in December 2018 for an early election to take place in April 2019. Rather than release the plan during the election cycle, the Trump team decided to wait until Netanyahu had renewed his leadership mandate or a replacement had been voted into office.

What neither the Trump team nor anybody else expected was that while Netanyahu would not renew his mandate, his primary challenger, Benny Gantz, would also be unable to form a government. Israel was then catapulted into a second election cycle, with polls scheduled for September 2019. Once again, neither Netanyahu nor Gantz were able to form a parliamentary majority.

And while Israel is now scheduled to go to a third round of elections in March, pre-election polls indicate that the same electoral impasse that plagued the first two elections is a likely albeit unthinkable outcome this time as well.

Since the first elections were called, Israel has squandered over a full year of a U.S. administration that Netanyahu as well his political opponents refer to as the best friends Israel has ever had in the Oval Office. Eager to release its plan, which it believes will greatly aid the State of Israel, the administration has grown frustrated over the impasse, recognizing that their historic window to tear up the Oslo Accords and present a new peace paradigm gets smaller with each passing day.

Meanwhile, Netanyahu, who has continued to serve as the prime minister of a transitional government, with limited executive powers, has been searching for an advantage to catapult himself firmly back into the seat of leadership.

Making matters more challenging are the criminal indictments Netanyahu faces in three separate corruption cases. Netanyahu asserts that these cases are both unprecedented and manufactured. This week, the Knesset is set to begin a debate on Netanyahu’s controversial parliamentary immunity request.

Despite the looming charges, Netanyahu believes that he is by far the most qualified to handle Israel’s complex economic, security and diplomatic challenges in the years ahead, which include: defending against an Iranian regime that is illegally pursuing nuclear weapons and destabilizing Israel’s Middle Eastern neighbors, including Lebanon, Syria and Gaza; further developing relations with world leaders including India, China and Russia, which is also active in Syria; and taking full advantage of a U.S. administration that is not encumbered by the strategic processes of previous administrations.

Netanyahu’s opponents, on the other hand, are united around a single ideology: removing Netanyahu from office. The Blue and White Party, which finished neck and neck with Netanyahu’s Likud Party in the last two election cycles, is itself a combination of three parties, two of which are brand new and all of which have little in common besides the goal of removing Israel’s longest-serving prime minister from office.

While several of Blue and White’s highest-ranking members have right-wing backgrounds, the majority of Blue and White voters and many of the party’s Knesset members come from the ideological left. Party chairman Benny Gantz, while a former IDF chief of staff who served under Netanyahu, is a first-time MK who finds himself caught in between the right and left flanks of his own party.

Rolling the dice on rollout

Members of the Trump administration have met both with Netanyahu and Gantz in recent weeks, searching for a formula to release the U.S. peace proposal as soon as possible.  Recognizing that the administration will release its plan one way or another, sooner or later, and himself having a hand in formulating some of its terms, Netanyahu has decided to roll the dice and allow the administration to roll out the plan ahead of what everyone hopes will be a decisive third election.

At a meeting this past week at the newly established U.S. embassy in Jerusalem, U.S. Vice President Mike Pence announced that he had invited Netanyahu to discuss the peace plan this week at the White House. He similarly announced that—at Netanyahu’s request—he was also inviting challenger Gantz. Gantz, caught completely off-guard by the invitation, agreed to meet with Trump separately from Netanyahu on Monday before immediately flying back to Israel to take part in Netanyahu’s immunity request hearing. Netanyahu, on the other hand, is expected to meet with Trump on Monday as well as Tuesday, the day the peace plan will be formally released to the public.

Netanyahu believes that releasing the massive diplomatic initiative to the public ahead of the elections will achieve several goals. First, he can safely assume that it will be the peace proposal and not the immunity debate which will dominate Israel’s news cycle on Tuesday and throughout the run-up to the March 2 election.

More importantly, the prime minister believes that the initiative will expose Gantz as an inexperienced and less capable statesman, an area where Netanyahu has thrived in his 13 years as prime minister. He is hopeful that Israelis will recognize the tangible opportunity now before the nation, and that voters will choose to have the most capable and experienced leader steering the country during what will likely be a protracted peace process in which several unknowns will need to be safely navigated.

Netanyahu is also hopeful that Gantz’s own willingness to work with Trump on a peace formulation will create a schism within Blue and White. Several Blue and White members hope to see an Israeli withdrawal from Judea and Samaria and remain committed to an Oslo paradigm, which is now about to be formally shattered in favor of Israeli sovereignty in much of the disputed territories.

And at the same time, Gantz’s willingness to entertain the same Trump peace proposal supported by Netanyahu will put Blue and White at odds with the left-wing parties it needs to form any coalition that excludes Netanyahu’s Likud.

Less than two weeks ago, the once dominant left-wing Labor Party merged with the far-left Meretz Party to ensure they will cross the four-seat electoral threshold. Together, these left-wing parties are likely to oppose the terms of the Trump plan and are therefore less likely to partner with Blue and White to form a government.

Furthermore, after the September elections, Gantz threatened to form a minority left-wing government with external support from Israel’s Joint Arab List. The party, which often parrots the anti-Israel rhetoric of the Palestinian Authority, is also likely to reject the Trump plan, and certainly will not agree to support any government which promotes anything less than what was offered in previous peace attempts.

As such, Netanyahu calculates that he has everything to gain by releasing the plan ahead of the elections, while leaving his challengers exposed. And while there are clearly risks with any peace proposal, since the United States is intent on pushing forward with its plan regardless, Netanyahu hopes that embracing its early release will pay large dividends for himself as well as the State of Israel. 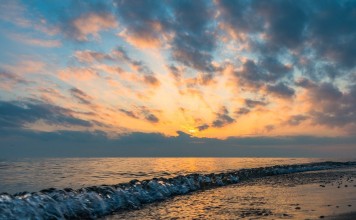 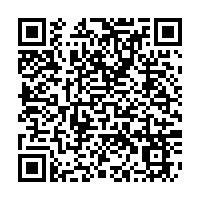