According to Israel Nature and Parks Authority, the Roman spring in Hammat Tiberias has come back to life, after ten dry years, pushed up by the rising Kinneret water.

Hammat Tiberias is an archaeological site of thermal baths located in the city of Tiberias. The site consists of the Roman ruins of the ancient hot springs, the Hamam Suleiman hot bath, and the ruins of a nearby Synagogue.

According to Himetop, the first settlement in that location was Al-Hamma, which is mentioned in the Torah as well as in Roman and Byzantine sources. The name comes from the Hebrew “ham” which means hot (and not that prohibited sandwich meat often consumed with cheese). In fact, the temperature of water in the hot spring reach up to 60°C (140°F).

Herod Antipas established the Roman city in 20 CE. It included Hamma, thus the name Hammat Tiberias. Even later, the city of Tiberias during the Byzantine period in the sixth century CE included Al-Hamma.

Historians such as the Roman Pliny the Elder (23-79 CE) and Amineus Marcellinos (330-395 CE) described the great hot water in the public baths in the city of Tiberias. The latter even added that the bath in Hamma had a healing power and that patients came there from as far as Athens for treatment. 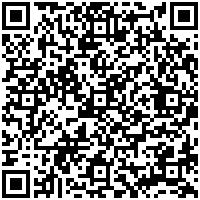