Home InDepth Op-Eds Why Was The Vilna Gaon Fasting On July 4, 1776?
Share on Facebook
Tweet on Twitter
This Sunday is the Fourth of July. It would be inappropriate to let this special day go by without paying homage to this wonderful country in which we are privileged to live.

The signing of the Declaration of Independence was, I believe, one of the great moments in post-Talmudic Jewish history. The concept of religious freedom is truly an anomaly in Jewish (and world) history. Imagine a country where the law of the land gives us the right to take off from work on Saturday. If your boss insists that you show up for work on Saturday, you can take him to court – a far cry from other lands, such as America’s “ally” Saudi Arabia where the practice of any religion other than Islam is banned.

A few years back I was wondering about the 4th of July in the context of the Jewish calendar. I was curious as to the Hebrew date of July 4, 1776. I wondered, what was going on in the Jewish world while Thomas Jefferson sat in Philadelphia penning the immortal words of the Declaration of Independence?

What were the Chasam Sofer (14 years old) and the Vilna Gaon (56 years old) doing ‘by the dawn’s early light’ on that first Fourth of July? You may be surprised by the answer; I certainly was. They were fasting. You see, our Founding Fathers created the miracle of democracy and religious freedom on 17 Tammuz, 5536.

The seventeenth of Tammuz? Could it be that the Founding Fathers gave the gift of America to the world on a day that Jews were fasting? On the 17th of Tammuz we commemorate several sad events. Among the misfortunes that occurred on that date were the Babylonian breach made in the defense wall surrounding Jerusalem in 586 B.C.E and the shattering of the first tablets of the Ten Commandments.

I couldn’t believe it. The United States of America is a bastion of freedom where Torah has grown exponentially. There are yeshivas all over the country. Kosher food is available everywhere. A religious Jew has opportunities that are denied to him elsewhere. A Sabbath- and kashruth-observing Jew came within a few hundred chads of the vice presidency! Howcould it be that the United States was founded on one of the saddest days on the Jewish calendar?

On further reflection, I think I found the answer. Freedom is a double-edged sword. Yes, in America, we Jews (and others) have the right to observe the faith of our ancestors. We are entitled to be accommodated in our needs to follow the dictates of our religion. However, we also have the right to throw it away. To be sure, we are seeing a renaissance of Jewish observance in America. Unfortunately, we are seeing tremendous levels of assimilation here as well.

How many Jews from religious homes in Europe sailed to America, and dumped their religion overboard together with their tefillin and their shaitels? How many Jews decided that being a good American meant relegating one’s Judaism to an occasional synagogue visit on the High Holidays?

The breakdown is not just one of Jewish values. Free speech has been interpreted as the right to burn American flags. Freedom of religion is understood as the right to have no religion. Potential terrorists’ rights are being understood as overriding the need for security for the masses.  The Founding Fathers wrote about being “endowed by their Creator with certain unalienable Rights…appealing to the Supreme Judge of the world for the rectitude of our intentions…with a firm reliance on the protection of divine Providence…” 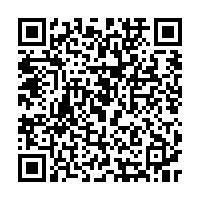