J Street U is the campus branch of J Street, the organization which claims to be pro-Israel and pro-peace. J Street U states it is committed to improving the campus dialogue around the Israeli-Palestinian issue.

Claiming they were adhering to the values of debate and inquiry, J Street U affiliates across the country have co-sponsored events with Students for Justice in Palestine (SJP), which the Anti-Defamation League lists as one of the top ten anti-Israel groups in America. It has also hosted speakers who support the Boycott, Divest and Sanction (BDS) movement against Israel.

Listed among J Street U’s Educational Resources are a number of films critical of Israel, including “5 Broken Cameras” and “Encounter Point.” The first two of the suggested articles on the group’s website are, “The Failure of the American Jewish Establishment,” and “The Rise of Settler Terrorism.” Clearly, J Street U has no problem initiating or participating in discussions which harshly condemn Israel or that are sponsored by those critical of Israel’s existence.

The organization claims that its concern for Jewish values plays a key role in its desire to further the public conversation about Israel. According to its website, “Many of us are Jews that expect our community to live out the values of debate, inquiry and a pursuit of justice that we have been taught are central to our tradition.”

If J Street U wants to continue claiming it encourages open dialogue and conversation, the members need to screen “The J Street Challenge” on campuses around the country.

Produced by Americans for Peace and Tolerance, “The J Street Challenge” highlights many elements of J Street’s organizational failures and features contributors from across the political spectrum. While Caroline Glick and Alan Dershowitz may not agree on Israeli settlement policy, they do agree – in the film — that J Street’s strategy includes circumventing Israeli democracy and being dishonest about its positions.

J Street U should have no problem screening the movie and refuting the claims immediately afterwards. A failure to screen the film would confirm a central theme of The J Street Challenge – that J Street silences dissent and does not actually participate in real, open dialogue.

At the Miami premiere of the film on Monday night, Professor Dershowitz stated that he has previously offered to attend J Street events and conferences at his own expense but was denied that opportunity by J Street. Professor Dershowitz made it clear that he would be willing to engage in a discussion before or after the movie, wherever it is shown. If J Street U members were honest about the organization’s stated desire for dialogue and open inquiry, they should have no problem meeting his challenge.

It is nonsensical that as they censor Dershowitz — who thinks J Street’s many idealistic young followers simply don’t know the organization’s actual positions, on Iran, for example –, they invite the likes of Hussein Ibish of the American Task Force on Palestine, and BDS supporter Sam Bahour.

When J Street U Brandeis, a Hillel at Brandeis-endorsed group, brought Bahour to campus, its members cited “Jewish tradition,” and penned that “Bahour was able to present the Palestinian narrative that so many Zionists need to hear before they formulate an opinion.” All the more so, many young Zionists needs to hear an alternative perspective on J Street before they commit to the organization – J Street U must screen “The J Street Challenge.”

J Street founder and President Jeremy Ben-Ami has acknowledged that one of J Street’s missions is to change the quality of discourse regarding Israel. The best expression of the Jewish value of free and open inquiry would be for J Street U to screen “The J Street Challenge” and openly discuss the organization across college campuses. 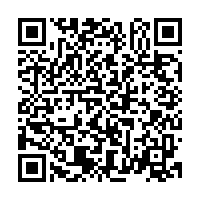