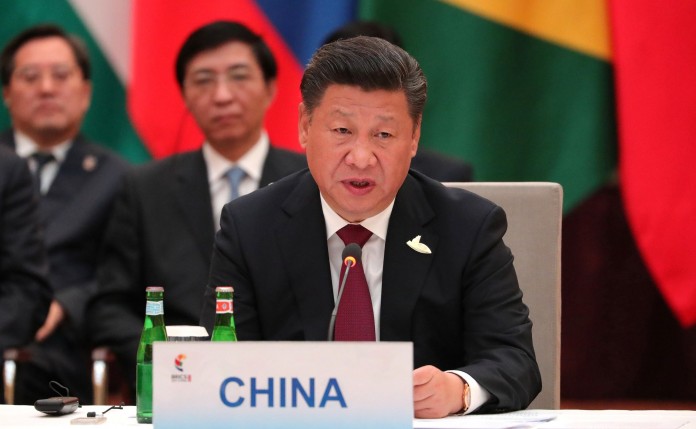 When truckers took over Canada’s capital, Ottawa, and shut down border entry points to America, some called it a “nationwide insurrection.” Mass demonstrations have occurred across the democratic world. People have had enough of two years of mandates and other disease-control measures.

Not so in the world’s most populous state, which maintains the world’s strictest COVID-19 controls. There are no known popular protests in the People’s Republic of China against anti-coronavirus efforts.


Yet China is not stable, and Xi Jinping is facing his “End of Days,” as a recent essay by opposition figures (see below) puts it. The revolt is not in society at large but at the top of the Communist Party. As Gregory Copley, president of the International Strategic Studies Association, told Gatestone, Xi Jinping, China’s mighty-looking leader, has an “enormous array of domestic enemies.”

Xi created that opposition. After becoming China’s ruler at the end of 2012, he grabbed power from everyone else and then jailed tens of thousands of opponents in purges, which he styled as “anti-corruption” campaigns.

Xi also used the disease to great advantage. As Copley, also the editor-in-chief of Defense & Foreign Affairs Strategic Policy, points out, “Xi’s ‘zero COVID’ policy is, indeed, less about stopping the spread of COVID and more about suppressing his internal enemies, both in the public and in the Party.”

The “enormous array” is now starting to strike back. Xi is most vulnerable on his handling of the country’s stagnating economy. For one thing, the draconian campaign against COVID—massive testing, meticulous contact-tracing, strict lockdowns—have of course undermined consumption, which Beijing has touted as the core of the economy.

China needs a vibrant economy to service enormous debts, largely run up as Beijing overstimulated the economy, especially beginning in 2008. When the so-called “hidden debt” is included, total debt in the country amounts to somewhere in the vicinity of 350% of gross domestic product.

Not surprisingly, Chinese companies are now defaulting. The debt crisis is so serious it can bring down China’s economy—and the country’s financial and political systems with it.

For three decades, a Chinese leader was essentially immune to criticism because all decisions of consequence were shared by top figures in the Communist Party. Xi Jinping, however, as he took power also ended up with accountability—in other words, with no one else to blame. With things not going China’s way in recent years, Xi, often called the “Chairman of Everything,” is taking heat.

There are signs of intensifying discord among senior leaders. In the most recent hint of distress, “Fang Zhou and China”— “Fang Zhou” is a pseudonym meaning “ark”—wrote a 42,000-character essay titled “An Objective Evaluation of Xi Jinping.” The anti-Xi screed, posted on January 19 on the China-sponsored 6park site, appears to be the work of several members of the Communist Party’s Shanghai Gang faction, headed by former leader Jiang Zemin. Jiang’s faction has been continually sniping at Xi and now is leading the charge against him.

Fang’s piece incorporates previously voiced criticisms but does so in a comprehensive fashion. Fang blames Xi for, among other things, ruining the economy.

“Xi will be the architect of his own defeat,” writes Fang at the end of the rant, in a section titled “Xi Jinping’s Denouement” or “End of Days.” “His style of governance is simply unsustainable; it will generate even newer and greater policy missteps.”

Fang notes that Xi was able to take advantage of a feeble opposition but has not been able to accomplish much. “Xi’s policies have been retrogressive and derivative, his successes minor and his blunders numerous,” writes the Asia Society’s Geremie Barme, who translated the essay, summarizing Fang’s thoughts. Fang believes Xi “deserves a score of less than zero.”

Xi is not one to let a decade of zero scores get in the way of his continued rule. Communist Party norms require him to step down at the 20th National Congress, to be held sometime this fall if tradition holds. He obviously wants a precedent-breaking third term as general secretary so that he can become, as outsiders say, “Dictator for Life.” Most observers expect he will get that new term.

Maybe. Fang Zhou’s essay shows Communist Party leaders are risking stability by airing disagreements in public. Xi Jinping therefore, now realizes he is in the fight of his life.

Xi’s problems, unfortunately, can become our problems. He has, for various internal political reasons, a low threshold of risk and many reasons to pick on some other country to deflect elite criticism and popular discontent.

In 1966, Mao Zedong, Communist China’s first ruler, started the decade-long Cultural Revolution to vanquish political enemies in Beijing. Xi is doing much the same thing now, especially with his “common prosperity” program, which could return China to the 1950s.

Unlike Mao, however, Xi has the power to plunge the world into war, and he has reason to lash out soon.

Xi is targeting the United States. On August 29 of last year, People’s Daily, China’s most authoritative publication, accused America of launching “barbaric” attacks on the Chinese nation. On the 21st of that month, Global Times, a tabloid controlled by People’s Daily, insinuated the U.S. was working with China’s “enemies.”

The Communist Party of China has always believed its struggle with the United States is existential—in May 2019 the official People’s Daily declared a “people’s war” on America—but the hostility has become far more evident in the past year.

Virulent anti-Americanism suggests Xi Jinping is establishing a justification to strike America. The Chinese regime often uses its media to first warn and then signal its actions.

America has now been warned. 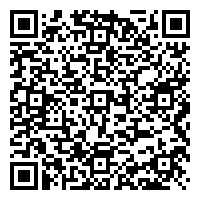