For the first time in nearly a decade, one dares to believe that the Islamist clerics who have ruled Iran since 1979 will not be in power by the time the 40th anniversary of their revolution rolls around in 2019.

The nationwide protests are a direct challenge to the legitimacy of the Islamic Republic, as evidenced in the slogans chanted by the demonstrators. They are also a rude antidote to the thinking of much of the Western establishment, which still clings to the notion that the “reformers” with whom they negotiated the 2015 nuclear deal are the key to Iran’s future prosperity.

We are, it seems, a long way from President Barack Obama’s Nowruz message of 2009 – the first time an American leader referred officially to Iran as “The Islamic Republic of…” and the prelude to his abandonment of the Green Movement one year later. That is ironic, really, because the aspirational politics of the new protest wave in Iran have a distinctly Obama-esque flavor.

The vision being manifested on Iran’s streets would, in another context at least, sit very comfortably with the worldviews of American progressive Democrats or Europeans on the center-left. The protesters want state revenues to be spent on health, education, and public infrastructure. They’ve had enough of corrupt, nepotistic government. They reject foreign wars outright – not primarily out of sympathy for the victims of the regime’s foreign adventures, but because the immediate demands of Hamas in Gaza or Hizbullah in Lebanon have nothing to do with their immediate demands.

Most of all, they are cynical about the promises of their rulers, regarding the categories of “hardliners” and “moderates” that are so routine in Western thinking as lazy constructs intended to paper over the evermore visible cracks in the Shi’a Islamic state and its official doctrine of “velayat-e-faqih” – the guardianship of the jurists, a concept of the late revolutionary leader Ayatollah Ruhollah Khomeini.

What is at stake here, therefore, is an entire system of rule. Most tyrants believe themselves to be architects of new civilizations. By the time their revolutionary states start to rot – recent examples suggest their life span is anything from a decade to almost a century – those founding fathers generally are no longer around to see the full consequences.

And yet, when you consider the near-term options for Iran, it seems far more likely that the mullahs and the Islamic Revolutionary Guard Corps security establishment will push the country onto an even more illiberal, bellicose path than it is that these demonstrations will triumph.

Vast numbers of Iranians – those blurry figures we see whooping and cheering and chanting on the amateur video shared on social media – wish the Islamic Republic would be buried. Sadly, that alone will not make it so.

Consider the experience of Iran’s close ally, Venezuela, whose people have made clear their rejection of the “Bolivarian socialism” instituted by Chavez in the heydays of high oil prices almost 20 years ago.

Chavez’s successor, Nicholas Maduro, has imprisoned opposition leaders, attacked the free press, shut down the elected national assembly and replaced it with a tame impostor, and presided over a corruption-stained economic collapse that has resulted in malnutrition among the very same urban poor the Chavistas say they represent.

The depths of the misery that Venezuelans have become mired in were brutally illustrated on Christmas Eve in Caracas, when soldiers shot dead an 18-year-old pregnant woman in front of her husband. The couple had been standing in line with a larger group of people waiting to buy a scarce joint of pork – a traditional Venezuelan Christmas dish – who were ordered by the soldiers to disperse.

“This is how the murderous regime treats the people,” Venezuelan opposition lawmaker Delsa Solorzano tweeted after the shooting, expressing a sentiment that could have just as easily come from Iran. “The sorrow of this man, whose wife and baby-to-be were killed by a bullet from the state, is Venezuela’s sorrow.”

Venezuela is instructive for another reason. Like Iran, it is another foreign crisis on which the Trump administration has completely reversed the policies of its predecessor. During the summer, President Trump instituted stringent sanctions against several leading Venezuelan officials, accusing Maduro at the same time of running a “dictatorship.” Trump even suggested at one point that there might be a U.S. “military option” against Venezuela – though he later, probably wisely, backed off from that idea.

Venezuela will have reminded Trump and those around him that the overthrow of tyrannies involves much more than targeted sanctions and words of condemnation, however encouraging those are. More broadly, recent history should also remind him that not every confrontation with tyranny ends in success; the final overthrow of communism in 1990 was preceded by bloody, tragic failures – Soviet troops marching into Budapest and Prague, the repression of the Solidarity labor union in Poland, to name but two such events – in the decades before.

Iran may be in the middle of a similar cycle of history, which is why the handful of world governments who regard the demise of the Islamic Republic as a desirable end need to stay the course, however long it may take. 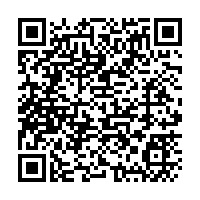