“The visit will take place in the first half of February, possibly during the second week of the month,” Nofal said, reiterating that “a meeting with Russian President Vladimir Putin is scheduled to be held then.”


According to the Nofal, the sides plan to discuss the hopelessly stalled PA-Israeli peace negotiations, President Donald Trump’s decision to recognize Jerusalem as Israel’s capital, the situation in Syria and Iran, and bilateral ties between Ramallah and Moscow.

No agreements are expected to be signed during the visit, Nofal said.

Back in early December, following Trump’s Jerusalem declaration, Abbas announced that the US is no longer qualified to serve as an honest broker for the peace negotiations with Israel, and said he is seeking an alternative. The Kremlin, for its part, has been keeping an open invitation to both sides to conduct their talks in Moscow. 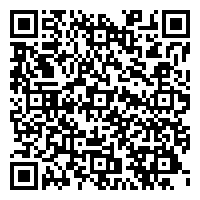