As someone who lived half his life in the now defunct Soviet Union, I have an eerie feeling that my current home – California – is starting to resemble my old one. This is definitely the case when it comes to anti-Semitism in the field of education. And education – especially history – is extremely important because, as George Orwell famously put it in his novel 1984, “Who controls the past controls the future.”

Last month, on September 30, California Governor Gavin Newsom vetoed a bill that would have required a semester of ethnic studies as a prerequisite for graduation from California high schools. The original version of the ethnic studies curriculum was strongly criticized by numerous Jewish groups, including California State Legislature’s Jewish Caucus.


According to the Caucus, it “erases the American Jewish experience, fails to discuss anti-Semitism, reinforces negative stereotypes about Jews, singles out Israel for criticism and would institutionalize the teaching of anti-Semitic stereotypes in our public schools.”

Faced with strong pushback, the bill’s sponsors made revisions. As a “concession” to their opponents, they eliminated mention from the curriculum of the Boycott, Divestment and Sanctions movement and added anti-Semitism as a form of racism. These changes satisfied the Legislative Jewish Caucus, but did not go far enough to satisfy other Jewish groups, such as the American Jewish Committee (AJC). So Newsom vetoed the bill.

The AJC commended Newsom, noting that the new curriculum still “excludes Jews and many other ethnic groups, while promoting controversial theories about race, ethnicity, religion, politics and economics.”

But veto notwithstanding, the bigger picture remains bleak. For one, why did the California state legislature, controlled by Democrats, pass the bill despite loud and clear protests? It’s hard to believe that the anti-Semitic parts of curriculum just happened to be included and then mostly – but not entirely – deleted by mistake or sheer incompetence.

The legislature, though, was simply following Newsom’s example. For on August 17, Newsom actually signed a bill similar to the one that he vetoed in October. The bill requires California State University (CSU) students to take an ethnic studies course. In an online story, “90 Groups Urge California Gov. Newsom to Kill Ethnic Studies Program Pushing BDS,” The Jewish Press reported on the widespread opposition to the bill. The first paragraph of the story reads:

But Newsom signed the bill anyway.

Why did he veto a bill mandating a class with anti-Semitic overtones for high school students, yet sign a bill mandating a similar class for CSU students? Rumor has it that Newsom has political ambitions to run for president in 2024. In the wisdom of King Solomon, he metaphorically cut the baby in half to please both sides.

But this isn’t a game. California slide into the morass of anti-Semitism is ominous. 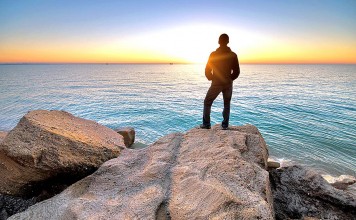