Fifty years ago in 1970, baseball players could either be sold, traded, or released by the teams they signed to play ball with. They didn’t have the freedom to declare free agency and sign with another team for a higher salary. The average major league salary at the time was $25,000.

That year, Major League Baseball returned to Milwaukee as the Seattle Pilots became the Milwaukee Brewers; new round bowl stadiums that housed baseball and football opened in Cincinnati and Pittsburgh; and Commissioner Bowie Kuhn censured former Yankees pitcher Jim Bouton for authoring the controversial Ball Four, sort of tell-all book that took many players, including Mickey Mantle, off their pedestals.


One player who fell far down in 1970 was Detroit Tigers pitcher Denny McLain, who was suspended by Kuhn three times for off-the-field activities. McLain only won three games that season, a far cry from the amazing 31 victories he had racked up only two years earlier.

As Steve Greenberg, a first baseman like his father Hank, captained the Yale University baseball team, Ron Blomberg and Richie Scheinblum spent 1970 in the minor leagues. Jewish big leaguers posted worse numbers in 1970 than the year before.

Mike Epstein’s production in 1970 dropped even though he played in nine more games than in 1969. Epstein went from 30 home runs to 20, while his batting average dropped 22 points to .256. Norm Miller didn’t see as much action in 1970 with Houston as the year before, and his batting average dropped 25 points to .239. Art Shamsky, still a regular outfielder for the Mets, had a fairly good season (.293, 11 home runs), but it was still worse than his previous season when he hit .300 with 14 home runs.

Jewish baseball fans were still missing Sandy Koufax, who retired after the 1966 season at the age of 30 because of risk of permanent damage to his arthritic arm. However, we still had Jewish lefty Ken Holtzman. Pitching for the Chicago Cubs, Holtzman won 17 games and lost 11 and had a fine 3.38 ERA. Tom Seaver of the Mets was the only National League pitcher to allow under three runs per game (2.83).

On the other side of the ocean, Egyptian president Gamal Nasser continued his war of attrition against Israel. Since the cease-fire that ended the Six-Day War, over 1,400 Israeli soldiers and more than 100 Israeli citizens were killed. As the baseball season was winding down, attention was focused on Jordan.

Yasser Arafat’s Popular Front for the Liberation of Palestine hijacked four international airplanes. Despite condemnations from many Arab leaders, the planes were emptied and blown up in Jordan. Jordan’s King Hussein ordered his army to expel the Palestinian guerillas from his country. The operation became known as “Black September.” The infighting prompted Nasser to host an Arab League summit on September 27 to heal divisions and focus its actions against Israel.

When the last Arab leader departed after the conclusion of the summit on the following day, Nasser suffered a heart attack and died. Seven days later on October 5, Nasser’s vice president, Anwar El Sadat was officially elected president of Egypt.

The Baltimore Orioles defeated the Cincinnati Reds in the October World Series four games to one. The Series standout was Orioles third baseman Brooks Robinson, who batted .429 and made several outstanding fielding plays.

One of the most successful movies of 1970 was “Hello Dolly,” starring Barbara Streisand. One of the faces we saw most often that year was Jewish character actor Martin Balsam. Besides big roles in three top movies, he appeared often on television. Top TV shows of 1970 were “Marcus Welby,” starring Robert Young, “The Flip Wilson Show,” “Here’s Lucy” (Lucille Ball), “Ironside” (Raymond Burr), and “Gunsmoke” (James Arness).

Some of the most popular tunes at the time were “Aquarius/Let the Sunshine In” (Fifth Dimension), “Leaving on a Jet Plane,” (Peter, Paul and Mary), and “Bridge Over Troubled Water” (Simon and Garfunkel). 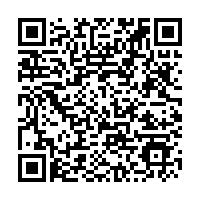