The latest round in the broader canvas of debates about the approach of Modern Orthodoxy to the role of women in communal life has focused on the issue of learned Orthodox women receiving some form of rabbinic ordination and serving as rabbis or clergy.

This has been coupled with teasing out the appropriate parameters of women serving as spiritual leaders in synagogues, in some way equivalent to male rabbis (without that actual title being used). Those in favor of pushing the frontiers forward on substance and titles have made it clear they accept the limitations of the restrictions of normative halacha, such as a woman not being able to lead the congregation in chazarat hashatz or serving as a witness for a kiddushin at a marriage ceremony.


The most substantive halachic argument generally put forward against women receiving some form of rabbinic ordination and serving as spiritual leaders in synagogues is the import of the Rambam’s famous ruling on serarah. In Hilchot Melachim 1:5, he maintains that not only are women excluded from serving as king in a halachic state, but all positions of serarah – communal authority – are barred to women.

Many commentators have noted that it is difficult to find an explicit source in our standard texts of midreshei halacha and Talmud for this far reaching position. (Such a view is found in one version of the Sifrei discovered in the Cairo Geniza.)

Indeed, as many halachic scholars of the past and present (e.g., Rav Moshe Feinstein, Igrot Moshe, YD II: 44) have noted, the Rambam’s position seems to be rejected by a good number of rishonim and is not cited as normative halacha in subsequent halachic codes such as the Shulchan Aruch.

Even if one is careful to work within the Rambam’s parameters, it is still critical to clarify what exactly is included under the rubric of serarah. Should it be understood broadly to refer to almost any communal position of authority or status, whether it involves an appointment by fiat or an elected position, as well as whether or not it involves coercive power?

Many rabbinic scholars have taken that expansive point of view. They therefore would feel that almost any position of communal authority should be barred to women. In this paradigm a woman serving as president of a shul or as a rabbi of a synagogue (or a principal of a girls school with authority to hire and fire male faculty) would raise halachic problems.

Other rabbinic scholars, however, have taken a much more limited reading of the Rambam and maintain that the definition of communal serarah (and thus the subsequent restriction) should be limited to those communal positions of authority that truly mimic the kingship model. In this paradigm, only positions that are imposed on the populace with some absolute powers would fall under the Rambam’s categories of serarah. Therefore, a rabbi of a synagogue hired by election and fired at the will of the congregation and board would clearly not fall into the category of some inappropriate position of authority, even according to the Rambam.

Many significant Modern Orthodox poskim (though not all) have taken the lenient position over the last century on issues such as women’s suffrage and election to serve in high office or as president of a shul or a member of a religious council. Indeed, to my knowledge, a number of women have served as presidents of Orthodox synagogues.

Mori verabi Rav Aharon Lichtenstein, in a conversation with former students currently serving in the rabbinate and Jewish education, recently discussed this halachic issue. He noted that it is clear the dati-leumi/Modern Orthodox community and its rabbinic elite have clearly come down in favor of a more narrow reading of the Rambam’s restriction.

He pointed to the fact that for the past two decades religious women have run for Knesset as candidates of dati-leumi religious parties across the board and some have served as members of parliament. In addition, a few have served as ministers in coalition governments with the approval (despite an occasional rumble here and there) of the rabbinic leadership of those parties. These have included scholars such as R. Avraham Shapira zt”l, R. Mordechai Eliyahu, Rav Yaakov Ariel and others. 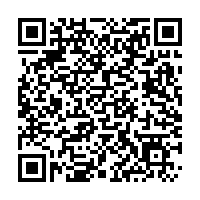