Almost 50 years after the Yom Kippur War, we have yet to clear the fog surrounding the major lapses that preceded it. It’s not that we don’t know what the lapses were and how they came about; it’s that Israel’s official bearers of remembrance have not allowed a deep dive that would look beyond the fog or properly scrutinize the war and the victory.

People have tried to create a contrast between the fighters and the “generals”. According to this narrative, we won and survived because of the fighters – and especially those who got killed – and not because of the generals, who stole the thunder from the rank and file soldiers in previous wars.

But this is not about glory and thunder. One of the lessons from war we have to draw is that even the heroes in battle cannot deliver the desired outcome without smart statesmanship or wise commanders from the platoon level to the division level.

The big question in the 2020s is whether archaic things such as heroism and wars are still important if the news cycle revolves around celebrities and consumerism. There is a good reason why they still are: Wars and defeats can determine the fate of nations and states for decades to come – sometimes for generations. They have a much bigger impact than our daily culture wars.

France was once the heart of Western civilization. Today, its fragmented and disintegrating society, as described in Michel Houellebecq’s novels, is a product of a string of defeats in wars starting from the surrender to Nazi Germany in 1940 and culminating with the withdrawal from Algeria. There were many battles throughout May-June 1940 in which the French showed true heroism in trying to repel the Nazis in battle, fighting to the bitter end in many locations. But the courage of the French fighters – and even their military edge in terms of materiel – had no real significance. That’s because the upper French echelons were staffed by generals who knew more about art and wine than about their enemy. Hitler was willing to take a gamble that the French would not want to fight. This was also what happened to the US in Vietnam, whose toxic effect on American society continues to this day.

A former IDF senior official once said, “The IDF must always maintain a high state of readiness because it will forever be tasked with filling the void left by the politicians.” In the Yom Kippur War, the political echelons – and even more so the top military commanders – failed Israelis, but ultimately victory was achieved because Israel’s leadership did not buckle under the pressure and got its act together after the initial shock.

In contrast to the disorder in the upper levels, the forces who fought the battles engaged in joint operations with remarkable success. This was even without being told what to do by the high command. There was almost perfect harmony between the troops without the need for instructions. This was the case in the battles in mid-October in the southern section of the Suez Canal, where the artillery forces, paratroopers, armored troops, and the air force worked in tandem. Even the tactical command centers were not aware of their operations, which eliminated clusters of Egyptian forces.

Between 1993 and 2001 –the years of the Oslo Accords – Israel’s military produced terrific fighters, but its political leadership failed them, all but making them useless. This was evident in the many deaths from terrorism among Israeli civilians. Israel can choose to stay true to its heritage  – or else let itself be dragged into places it cannot come back from. 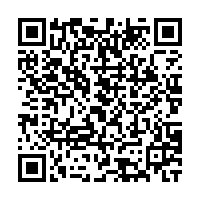