Imagine if Moses were to come to America today with the mission of bringing the Jews to Israel. Chances are that his call would be met by deaf ears. Let’s face it – outside of a few weirdos, who would listen? By and large, the Jews of America are too busy with their schooling, their careers, their businesses, their golf games and vacations. Some would question his authority. Others would doubt that G-d had really sent him. Liberal and Reconstructionist Jews would answer, like Pharoah, “Who’s Hashem that I should listen to him?” Others would laugh at Moses’s Biblical garments and staff. Probably most of them would tell him to get lost.

“Aliyah is suicide,” some would tell him, like the Spies and the followers of Korach of old.

Not that it would ruffle Moses. After all, he had witnessed the very same scenario before, when he came to take the Jews out of Egypt. Back then, only a fifth of the Jews agreed to follow him to the Land of Israel. Four-fifths of the Egypt-loving Jews died in the plague of darkness.

Unfortunately this same dense darkness has enveloped Diaspora Jews today. It is a darkness so thick, you can actual feel it. Olim, Jews who have made aliyah, and who go back to America, or France, or England, to visit relatives, know what I mean. After speaking with fellow Jews there for a few minutes, you get the creepy feeling that they are totally out of touch with reality. Whenever I have to America, I get the feeling that I am in a gigantic Alzheimer’s ward, where the patients have forgotten who they are. Their number one concern is success and achievement – attaining the “good life” in America. Rebuilding the Jewish People in the Land of Israel is worthy of a donation, but certainly not the main concern of their lives. I’m not talking about devoted Jewish Press Internet addicts, who, first thing every morning, click on to the website to see what’s happening “b’Aretz.” I am talking about your average assimilated, Haredi, or Modern Orthodox Jew. Washington D.C. is their capital. America is their homeland. Judaism is their religion, not their nationality. They are Americans first. The proof is that hearing the “Star Spangled Banner” at baseball games gives them goose bumps. Their children pledge allegiance to the American flag. Their forefathers are Betsy Ross and George Washington. If Moses himself came and tried to persuade them that the Land of Israel was their home, and not America, or Australia, or Mexico, they’d look at him like he was nuts.

I am not blaming them. The darkness of materialism is so great, who can fight against it? And there is nobody there to teach them about the centrality of Eretz Yisrael to Torah. At best, Jewish life in America revolves around the annual Federation dinner, or the shul, not around rebuilding our Nation in Israel. Instead of working to bring an end to the exile, they endeavor to lengthen it by strengthening their communities there. That’s darkness “mamash.”

Get ready to hear the Torah explained by the greatest Torah teacher of them all – Moshe Rabeinu, as we begin his review of the Torah in the Book of Devarim.

As we approach Tisha B’Av, it is indeed a fitting time to take a new/old look at the Torah and at its eternal truths, which are as true for our time as they were in the times of Moshe Rabeinu. That’s one of the basic principles of the Torah – it doesn’t change.

Our Sages inform us that the roots for the Destruction of the Temple and Jerusalem were planted long before the Destruction itself, on the night the Spies in the Wilderness returned from their ill-fated mission and convinced the Jewish People not to journey on to live in the Promised Land. That night was the 9th of Av. Their rejection of the Land of Israel was the rotten foundation which brought about our later National Destruction as an independent Nation in our own Land. 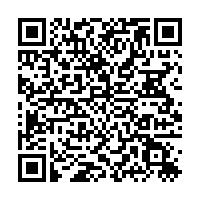