When the former Conservative British Prime Minister Margaret Thatcher died in 2013, there were some on the left who regarded her passing as a moment for celebration. Social-media channels filled up with jokes and messages that were variously gleeful, mocking or vengeful, all posted by individuals who, if you asked them, would confidently tell you that they were fighting for a more just and equitable world.


This sinister wave of joy at Thatcher’s death was shocking to many, including the late political theorist Professor Norman Geras of the University of Manchester. As a man of the left, Geras had been an arch-opponent of Thatcher on every major issue to confront Britain during the turbulent 1980s. But the sheer pleasure of some left-wingers at her death more than 20 years after the day she left office—“a day on which many, including me, were delighted to see her go,” wrote Geras—left him little short of disgusted.

I thought of Geras’s riposte to those who rejoiced at Thatcher’s death, which I’ll be quoting from momentarily, when I saw some of the reaction to the sad passing of Sheldon Adelson, the billionaire Jewish philanthropist, on Jan. 11. Specifically, I noticed the kind of abuse that was piled on Thatcher after she died, also written and posted by people who would confidently tell you, if you asked them, that they were fighting for a more just and equitable world.

As the observations in this piece are primarily directed at those who mocked and insulted Adelson on the very day that he passed, regrettably I have to cite some of what they said.

Rebecca Vilkomerson, the former executive director of Jewish Voice for Peace—an organization whose benign-sounding name masks the fact that its sole purpose to advocate for Israel’s elimination—posted on an otherwise censorious Twitter that Adelson’s death was “a present for my birthday.” Another user tweeted, “Now do Kissinger,” referring to the 97-year-old Jewish former U.S. Secretary of State. In response, the left-wing group IfNotNow chimed in with Bimheira B’yameinu—a Hebrew phrase meaning “speedily in our days” that appears frequently in Jewish liturgy, in reference to the rebuilding of Jerusalem.

That was right after the same group issued a blood-chilling cry of joy at the news that Adelson had died. “Adelson dedicated his life and wealth to empowering the far-right in the U.S. and in Israel,” IfNotNow foamed on Twitter. “Yimakh shemo. May his legacy be erased.”

For those who don’t know, the Hebrew words yimakh shemo mean “may his name be erased.” I remember my grandfather telling me when I was a kid that these were not words to be used lightly; they were reserved for the historic persecutors of the Jewish people, individuals like Martin Luther, Bogdan Chmielnicki and Adolf Hitler. I suspect that many other readers were given the same counsel. The idea of uttering these words in relation to another Jew whose politics you don’t like, or to an elected politician you campaigned against, is anathema to the Jewish ethical tradition that groups like IfNotNow apparently believe they represent.

Back, then, to Norman Geras’s dissection of those who celebrated the death of Thatcher, shortly after she suffered from a stroke itself triggered by a lengthy and exhausting bout of illness. “[W]hen Margaret Thatcher died she was an old and ill woman, with people around her who cared about her,” he observed. “To take pleasure at this is an inhumanity that does no credit to those who so indulge themselves. They forget the simplest and most enduring of human truths for an ugly temporary pleasure.”

That does not mean, of course, that extraordinary political leaders and business moguls like Thatcher and Adelson cannot be criticized. “A person’s death is typically the time when his or her life is written about and assessed most actively,” wrote Geras. “Some of the assessments are positive and no one asks that these should be toned down or made neutral. There is, equally, no reason for negative, or disparaging, even damning, judgments of the same record to be avoided. It is a political or other reputation and legacy that is being judged, and it would be ‘stacking the deck’ of public discussion to regard the expression of positive viewpoints about the life of the deceased as legitimate but critical opinions as out of order.”

However, argued Geras, “[T]o publicly rejoice at the death of a democratic political opponent, talk of dancing on her grave, hold street parties for the occasion, and so forth, is contemptible. It says more about the morality inspiring those who engage in such activities than it does about the object of them.”

Heaping a curse traditionally reserved for the genocidal foes of the Jewish people upon Adelson—as IfNotNow shamefully did—is reminiscent of the online mob that laughed about “dancing on Thatcher’s grave.” In the process, as Geras pointed out, we learn far more about those who utter the curse than about the person or persons on the receiving end.

Their shrieks of hatred were not about Thatcher’s relentless campaign against the organized labor movement, or Adelson’s financial backing of Donald Trump—legitimate, relevant elements of the debate about their legacies that will earn rebuke on the left as much as they will win admiration on the right.

These fanatics are far more primeval than that. For there is a disturbing pattern on the far-left of the Jewish community of sadistically celebrating the deaths of mainstream communal figures who are generally respected and often revered. When the great writer and Holocaust survivor Elie Wiesel died in 2016, other stalwarts of the anti-Zionist left stepped forward to express satisfaction at the news. With Wiesel as with Adelson, their invective was soaked in a hostility to the Zionist movement that seeped into a frankly disturbing detestation of the deceased person.

That such sentiments were expressed about Adelson less than a week after a far-right mob attempted to sack the U.S. Capitol is a salutary reminder that the same squealing delight at an adversary’s pain or suffering or loss can be found on the extreme left.

“Consider that one day it will be you who are dying, and whatever you have done or failed to do in your life, you will deserve the love of those who feel it for you and something better than cruel glee from those who don’t,” Geras advised those who enjoyed themselves at Thatcher’s passing. Those who did the same with Sheldon Adelson, z”l, should pay heed. 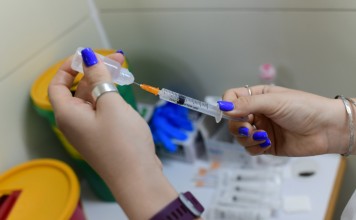