As a Reserve IDF soldier, I may have been guilty of not defending my country. “Come and arrest me, Benny Gantz,” but I feel safe that at the age of 69, I will be ignored.


The incident occurred 23 years ago, during the “First” Intifada, a misnomer for the 27-year terrorist campaign launched by Yasser Arafat and another chapter in the century-old anti-Zionist war.

I was escorting a tourist bus on the hilly curves of Beit Jala, a village that is part of the Bethlehem region.

The Intifada had reached the stage of massive rock-throwing and firebombings of army and civilian vehicles.

The IDF really was prepared to fight armies but not rock throwers. How do you defend citizens against rock-throwers, many of them children?

The military’s R & D geniuses came up with the “Hatzatzit” (gravel maker), a tank-like machine that ground up rocks and, in  an “eye-for-an-eye” fashion, sprayed protesters with pebbles.

They were used against large-scale demonstrations but were not available for every rock-throwing incident in Judea and Samaria.

Rocks are the same as bullets in that they are projectiles that can kill, but when you shoot an M-16 rifle, you are almost certain of scaring the daylights out of someone several hundred feet away, or injuring, if not killing him. It is not a hunting rifle, it is used to defend civilians and soldiers from being killed.

Thrown rocks can be deadly, as we know too well. Many Jewish babies and adults have been killed by the impact of a rock through a car windshield, or by a fatal crash caused by a hurdled rock.

That is the ultimate goal of the rock-throwers nowadays. But in 1990, it was more of a symbol of defiance and a challenge to soldiers. The Arabs had stones. The soldiers had guns. That was not seen as a fair fight, but it’s never a fair fight when a Jew wins.

And how about an eight-year-old who back then had no intention to kill.

I remember when I was eight years old, on a snowy day in Baltimore. Our next-door neighbor’s grandson, a neighborhood mischief-maker, led the charge to pelt passing cars with snowballs. I wanted to be accepted by my buddies, so I joined in.

Bam! I hit a guy’s side window head-on. Bull’s-eye. I was exhilarated. I showed my “friends” I could do it.

I was less exhilarated when the driver slammed the brakes and  angrily burst out of the car to chase after us.

He didn’t call the police. Worse than that, we got a nasty response from our parents.

There is no comparison between my childhood incident and the Arab hatred of Jews. After all, I did not hate the driver. But you could compare my pelting a snow ball with the rocks pelted by one eight-year-old Arab, 20-some years ago. The Arabs had not yet educated their small children to murder Jews. They only encouraged them to harass Jews.

That’s what they did when I was escorting that tourist bus.

I was toting an M-16 semi-automatic. My cartridge had one rubber bullet. That was all the ammunition I was allowed to use on stone-throwers. After that first bullet, the others were live. A rubber bullet can kill but usually does not. A live bullet usually kills or injures, unless you’re a bad shot.

As usual, without warning, a rock smashed into a side window of the bus.

The driver stopped, and I rushed out, with my rifle aiming in the air. I saw an eight-year-old running away, his back to me.

I raised my weapon and aimed.

Twenty years later, our son was a combat soldier in the Golani Brigade. If it were him in my place, I would have said: “Shoot him. Kill him. If you don’t get rid of him now, the blood of ‘who knows many Jews’ will be on your hands in 20 years when he becomes a full-grown terrorist. My son, this Is Israel and not the diaspora. Pull the trigger.”

I aimed the rifle at the fleeing boy’s head.

Twenty-two years later, my second son was serving in a Tank Brigade. If he had been in Beit Jala, would I have told him: “My son, don’t do it. How can you shoot an eight-year-old in the back? So he threw a rock. So what? Remember the snowball I threw?” 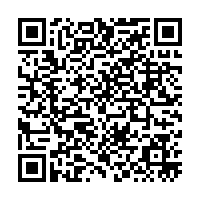