An interesting thing happened last night on the way to Ma’arat HaMachpela. I just happened to bump into 2,500 people.

Actually, it wasn’t a chance accident. It was, rather, intentional.


In Hebron we have two annual music festivals: one during the Passover holiday and the other during Succot. Usually we host numerous performers, finishing off the event with a ‘big-name’ singing star.  These events can attract from the thousands to the tens of thousands, depending on the show.  The crowd is usually ‘chasidic’ – young, religious men and women who come into Hebron for a free, fun day.

A few months ago we decided to add another musical event to our annual agenda. However, rather than cater to the ‘normal’ Hebron crowd, we opted to reach out to others, who don’t necessarily care for ‘chasidic’ religious music. We also decided to charge admission. There are many people, religious and secular, who live all over Israel, who have, for one reason or another, never been to Hebron.  We chose to give them a good reason to visit our holy city.

Amir Benayoun , not yet forty, has released over 12 albums since 1999. A native of Beer Sheva, Benayaoun , today living in Modi’in, started on a path to religious Judaism over ten years ago. His musical style, much closer to ‘Mizrachi’ that is, ‘oriental’ Jewish music, as opposed to Chasidic, Ashkenazi tunes. Over the years he became extremely popular, especially amongst younger audiences, spread out throughout Israel.

When approached to perform in Hebron, Amir became quite excited, saying that he’d never yet been here. A date was set, and a couple of weeks ago, tickets were put on sale.

It was apparent, almost immediately, that the show would be sold out. Many times, tickets go slowly, with a surge towards the last day or so before the show. Not so with these tickets, with this performance. The show was going to be held across the street from Ma’arat HaMachpela, in the area of the ‘Chicago Square’ garden. We figured we’d have room for about 1,700 people. That was our target number. Last night, some 2,500 people viewed the concert.

It really was an amazing show. Amir arrived in Hebron at about six o’clock. After a brief stage rehearsal he visited Ma’arat HaMachpela for the first time in his life. I spoke to him as he was leaving, asking him for his feelings. He had difficulty expressing himself, saying that it would take a few days for him to actually digest the fact that he’d visited the tomb of our Patriarchs and Matriarchs.

The show started at about 8:30, with an opening by Amir’s brother Avi, a talented musician in his own right. After a few songs, Amir came on stage. The entire area crackled with electricity of expectation.

Benayoun didn’t let anyone down. His powerful voice, and even more powerful lyrics, filled the air for well over an hour. As with such performances, the crowd didn’t want to let him go. But this affair was really special, as behind Amir Benayoun, we could see, towering above us all, Ma’arat HaMachpela. The spirituality of that site, combined with the spirituality of many of Amir’s lyrics, filled the air with a unique expression of Jewish faith and music.

The fact that he’d never yet been in Hebron didn’t prevent Amir from producing a special song about Hebron and Ma’arat HaMachpela. Together with Moshe Klughoft , he wrote ‘Mother, look’ – ‘Mother, look, so much time has passed, I’ve returned to you…’.

Truthfully, I didn’t know if I’d really enjoy the evening. Such events are always exciting. Seeing so many people in Hebron, knowing that for many of them this was their ‘first time,’ leaves you with a  thrilling sensation. But I wasn’t sure how I’d deal with the music. But, boy, was I in for a surprise. It was out of this world. I guess that’s really not strange, being that we are situated at the entrance to the Garden of Eden.

Amir’s music really is true ‘soul music,’ delving into the deepest layers of a person’s being, his voice soul-piercing, together with words and music, penetrating unfathomable depths. In other words, it was really something else. A night to be remembered.

Tomb of the Patriarchs Prepares for Independence

A Chasidic Rebbe’s Approach to the Internet 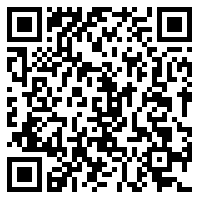