Home InDepth Rachel Levmore And How To Be A Pioneer In Get-Getting
Share on Facebook
Tweet on Twitter
Rachel Levmore is not a doctor. She is, in fact, a lawyer – of Halachah. This does not stop her from comparing what she does to doctors who develop vaccines. Except Levmore’s vaccines are to prevent get refusal, not smallpox. And she, with the Council of Young Israel Rabbis, a 17-year-old Israeli organization supported by the Jewish Agency, inoculates the population by advocating couples to sign prenuptial agreements before they wed.

Levmore serves as a toenet, a rabbinical court advocate in Israel, where she was one of the first women to be licensed in 1995. Since a toen is a fully licensed profession, Levmore and anyone else who wishes to serve is required to pass a thorough test on court proceedings and Halachah. One of Levmore’s innovations has been writing, together with two rabbis, the Agreement for Mutual Respect – the Israeli form of the prenup signed in the U.S.

She is a pioneer and an improbable warrior. Levmore recently came to the United States – a visit that included speaking engagements at Drisha, Stern College and JOFA – to convince Americans to inoculate our population, too. It’s simple, really. Levmore wants you to sign a document that requires a husband, upon dissolution of a marriage, to pay an agreed amount (about $50 a day) after a waiting period until the get is given to the wife.

Hopefully, there will be no get, no divorce. If there is one, hopefully, it will be mutually agreed upon and promptly given. Unfortunately, divorces do occur. Instead of waiting for a problem, however, Levmore argues that signing a prenuptial is actually an expression of love. “I love you so much,” the act of signing says, according to Levmore, “that I want to protect you against anything that may happen – I even want to protect you against myself.”

Those who are skeptical about signing a contract about the end of a marriage that has not yet begun, Levmore notes, should look at the ketubah, the marriage contract the Jewish people have used for the last 2,000 years. It too is a document to protect the woman, albeit under different circumstances.

Until the ketubah was instituted in the times of the Mishnah, a husband could throw his wife out of the house without providing means to support her. Because it was nearly impossible for a woman to support herself, the husband was (and still is) required to provide her with 200 zuz, or the equivalent of one year of work.

Looking at the ketubah also puts the modern-day prenuptial in perspective. Among the decrees of Rabbenu Gershom, the renowned Talmudist, is a prohibition against polygamy as well as against divorcing a woman against her will. (Rabbenu Gershom also decreed a heter meah rabbanim in order to override his own decree in cases of dire circumstances.) These decrees were instituted in order to protect women against the problems of the day in about the year 1,000 CE – that of a husband traveling abroad and simply abandoning his wife for another.

Looking at Halachah in this historical perspective, Levmore points out, allows us to see the prenuptial agreement simply as a natural extension of the desire to protect women. Today, 1,000 years later, there is a new problem in the Jewish community of get refusal. Today’s tragedy is of women whose husbands refuse to give them gets. Some demand exorbitant sums of money, and some simply refuse out of spite. A prenup, therefore, makes it financially unappealing to refuse a get by requiring the husband to pay for his folly.

The batei din in America are easy to defend and even easier to attack. People either seem to support the rabbanim no matter what, or else attack the entire institution as being corrupt and misogynistic. Rachel Levmore does neither. Instead, she describes the need for a “meeting of Halachah and what has been fed to us in our mother’s milk -individuality.”

In other words, Levmore wants to improve the system from within. And we are lucky enough to be included in this monumental, historical move to protect our people. All we have to do is sign. 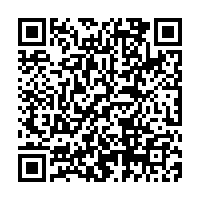