Joseph Schick: You were recently quoted in Newsweek stating that, regarding Israel, “there is a lot of disappointment” in Rahm Emanuel, that “what we’ve seen is more of the tough Rahm Emanuel. Not the warm Rahm.” What have you been hearing from your congregants about Rahm Emanuel in particular and the Obama administration generally?

Rabbi Lopatin: Since the Obama trip to Saudi Arabia and Egypt, I must say that there has been some pride that Rahm Emanuel was seen in all the pictures so close to the president, part of the talks and discussions. That is the closest any member of Anshe Sholom has gotten to the King of Arabia, to the best of our knowledge.

At the same time, the vast majority of my congregants, as I’m sure many rabbis are experiencing, feel that Israel is not getting a fair shake in the discussion, pronouncements and speeches given by the administration. If there are no Palestinian leaders who are willing to recognize Israel as the Jewish state, then how can Israel be expected to make concessions – to people who vow to destroy it?

Frankly, I think people are more negative about Hilary Clinton’s remarks regarding natural growth in the settlements – she seemed insensitive and harsh.

What was your reaction to the president’s speech in Cairo?

I didn’t expect anything different. It was disappointing that he did not talk about Israel as the historic homeland of the Jews.

In your view, do Jews have a right to settle in Judea and Samaria?

Yes. I strongly oppose any kind of a state that says that Jews cannot live in our homeland. I believe Jews have a right by international law to live all over Israel because of the Balfour Declaration, upheld by the British Mandate, the League of Nations, and never rescinded by the United Nations.

However, I also believe there is plenty of room for Arabs – Palestinians, Druze, Bedouins, however they identify themselves – in Judea, Samaria and Gaza. I think we need to push for a state where Arabs and Jews can live anywhere – as long as they acquire the land legally – and we should never accept the idea of Jews not being allowed to live in our land yet again.

Many Orthodox Jews are passionate about a united Jerusalem and the right to settle in Judea and Samaria. Is there any conceivable way for the bases of this position to be given a fair hearing in Washington, or is it destined to remain a quirk limited to a tiny segment?

I have begun to explore what seems like a crazy solution, but a solution which embraces both the Left’s craving for Palestinian rights, and our need as Jews to live in our state, and for that state to be the Jewish state, and for the IDF to be in every corner of that state. I call it the One Democratic Jewish and Palestinian state.

The biggest moral, ethical, religious and strategic threat to Israel is a two-state solution where Israel gives up more land to a terrorist Palestinian state, or even to a Palestinian state that demands that it be Judenrein, ethnically cleansed of Jews. So if we can get the One State solution on the table, even if you disagree with it, at least it would open up a more ethical discussion, rather than just succumbing to the two-state orthodoxy or dogma, that it’s the only solution possible – which is what the administration is currently saying.

You referred earlier to “people who vow to destroy” Israel. In light of this, isn’t the mere consideration of a binational state a victory for Israel’s enemies?

Firstly, I don’t really like the term “binational”; it implies the state is split down the middle. It will be one state, with one united Jerusalem as the capital. Secondly, only those who take an oath of loyalty to the constitution of this new state will be allowed to vote and have any say. Any party which is not loyal to the constitution will not be allowed to participate in the elective process.

If the borders of this state would be open to Jews and Arabs, what would stop Hamas, assisted by Iran, from smuggling in all kinds of weapons? Wouldn’t mass bloodshed be inevitable?

The army – the IDF – would be everywhere.

You have announced plans to form a new community in Carmit, in the Negev.

Carmit is a new diverse and pluralistic Jewish town springing up about 20 minutes northeast of Beer Sheva. It will eventually have 2,500 homes, but the first 200 homes are expected to be completed by September 2011. Carmit will have a mix of Anglos and Israelis, religious and secular and traditional Jews, and will emphasize sensitivity toward the natural and human environment of the Negev. Infrastructure is going into the ground as we speak. Lots should go on the market in October of this year.

You’ve been an advocate for pluralism among the Jewish denominations. Can pluralism and Orthodoxy be reconciled?

Orthodoxy, and Judaism in general, must reject moral relativism, which rejects the idea of truth. Orthodoxy believes there is a truth, which God gave us at Mount Sinai – the Torah, in its written and oral form. So I would reject a pluralism which is based on the idea of denying truth.

However, we, as Jews who believe in an infinite Torah miSinai cannot possibly believe that we really understand the infinite word of God, or even the Talmud. All we can do, as mortals, is try to have as good an understanding as possible, and we lead our lives based on that imperfect understanding. This humility, I believe, is the underpinning of pluralism: accepting other Jews’ right to disagree with us, in sincerity and love. Pluralism is about respecting those we disagree with, and allowing them the space to grow in Torah and Yiddishkeit.

Do you believe it is appropriate to speak from the pulpit about political issues?

If you mean strategic policies – how Israel should defend itself or a solution to the issues in the Middle East – I avoid it. I think the only time I touched on such an issue was in criticizing rabbis who asked Israeli soldiers to disobey orders. I do speak out against the Rabbanut’s policies on conversions in Israel, or against religious courts in Israel who reject certain conversions, or who are cruel to women – agunot or otherwise.

Joseph Schick writes at www.jschick.blogspot.com, where a full transcript of this interview has been posted.  He can be contacted at josephschick@hotmail.com. 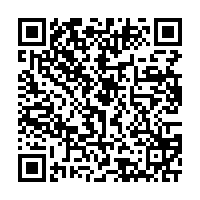