Love is in the air – Sukkot love for Jerusalem and Israel.

Tens of thousands of Israel-lovers from all over the world marched in an annual Jerusalem parade during the Sukkot holiday last week – smiling, singing, and proclaiming “We love Jerusalem!” as they strode.


Many of them told the cameramen filming the procession, “Israel is beautiful and we’ll be back with you again next year!”

Co-sponsored by the International Christian Embassy of Jerusalem, the parade had as its theme the 50th anniversary of Jerusalem’s reunification during the Six-Day War.

The many Jews from Israel and abroad who also participated in the march were overwhelmed by the outpouring of affection for Israel. The contrast with the increasing manifestations of international anti-Semitism is stark, and raises the question: What is the source of this incredible and effusive love for Israel from so many different stripes of people?

For one thing, it was foretold in the scriptures. In a passage read aloud on the Sukkot holiday in Jewish congregations worldwide, the prophet Zechariah states, “It will be that all nations remaining of those that arose against Jerusalem will go up every year to bow before the King Lord of Hosts, and to celebrate the festival of Tabernacles.”

The ultimate fulfillment of this vision, of course, will take place in the rebuilt Holy Temple – and indeed a group of Japanese Israel-lovers dressed up as Temple priests, wearing mock-up “Judgment Breastplates” and their 12 precious stones on their chests. They even brought along a model of the Holy Ark and its Cherubim with which to march.

A British participant said, “We love Israel and we pray for you. You are always in our hearts and prayers.” Watching the non-stop outpouring of affection as thousands of people walked by was a moving experience. The visitors hailed from Papua New Guinea, Austria, China, Britain, Russia, the U.S., Scotland, France, Spain, South Korea, Indonesia, Brazil, Australia, Philippines, Togo, Uganda, Bolivia, Zimbabwe, Malaysia, Holland, South Africa, and many other countries. Some of them blew shofars, played violins, wore Israeli-flag dresses, and sang Heveinu Shalom Aleichem, while most could simply not stop proclaiming with joy, “We love Israel!” and “We love Jerusalem!”

Israel, too, was well represented in this show of support and appreciation of Jerusalem. Groups of medical clowns, security forces, pink-clad women exhorting women to get checked for breast cancer, Clalit and Maccabi Health Fund members, Hadassah Medical Center employees, and other Israeli organizations marched in the parade.

Many of the marchers walked no fewer than 17 kilometers for Jerusalem, beginning at the Kennedy Memorial in the south. Others just walked in downtown Yerushalayim, and all ended up at the site of the old train station near Emek Refaim.

Jerusalem’s Mayor Nir Barkat was thrilled with the turnout: “Every year, this parade is more exciting than the time before, and especially as we commemorate 50 years of the city’s unification. The city hosts hundreds of thousands of visitors during the holiday.”

Prime Minister Benjamin Netanyahu weighed in as well: “I warmly welcome our thousands of Christian friends who have arrived to Israel from 100 countries at the initiative of the International Christian Embassy Jerusalem (ICEJ). Your steadfast support warms our hearts.”

The question of Christian support for Israel has always been a sensitive one in Israel, as Rev. Malcolm Hedding – former executive director of the ICEJ – acknowledges. Missionary activity “is a major tenet of biblical Christian faith,” he writes on the organization’s website, but adds that “sadly, the historical Christian obedience to this command was to persecute, harass and even kill Jews.” One cannot therefore act surprised, he admits, that Christian missionizing of Jews “is totally rejected by the Jewish world.”

What, then, is the ICEJ’s position? Rev. Hedding explains: “Though our ministry does not engage in traditional missionary activity in Israel, neither do we hide who we are as devout Christians.… If someone then wants to ask me about [our beliefs], I will tell them…. [T]here is no hidden agenda. This is who we are as both committed Christians and genuine friends of Israel, and we have the track record to prove it.”

Parade-participant Marissa from Catalonia in Spain was quoted as saying, “I’m a Christian, yet I feel a connection to Israel. I can’t explain it, but I am very close to Israel. All Christians feel this.”

The timing of this enthusiastic expression of support for Israel’s bonds with, and control over, Jerusalem is fortuitous. Just last week both the U.S. and Israel announced their intentions to quit UNESCO, due to the body’s blatant anti-Israel bias. Most specifically, as Netanyahu explained to the UN General Assembly last month, UNESCO promotes “fake history” in designating Hebron and the Cave of the Patriarchs – burial sites of Abraham, Isaac, Jacob and their wives – as endangered “Palestinian World Heritage Sites.” Even more egregious was the UNESCO decision, on Israel Independence Day, that Israel has no legal or historical rights anywhere in Jerusalem.

Not only do many Muslims – such as Dr. Tawfik Hamid, Imam Dr. Muhammad Al-Hussaini, and other Muslim Zionists – not agree, but the Sukkot Jerusalem march brought to the fore the fact that large numbers of Christians are having none of it as well.

These sentiments are translated into political clout, too. Over 25 parliamentarians from 15 different countries were in Jerusalem last week for the Israel Allies Foundation’s annual Jerusalem Chairman’s Conference, co-sponsored by the World Jewish Congress. “Ties like these,” said WJC President Ronald Lauder, “make the world a stronger and safer place.”

Among the topics covered at the conference were the adoption of a global definition of anti-Semitism that includes anti-Zionism and combating efforts to delegitimize Israel and Palestinian incitement to hatred and terrorism.

Next year in rebuilt Jerusalem!

For more information on what you can do to keep the need for a united Jerusalem under Israeli sovereignty in the public awareness, and/or to participate in our bus tours, write to info@keepjerusalem.org. 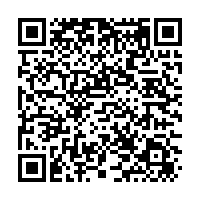