He certainly didn’t waste any time. Cantor Chaim Adler began his chazzanut career at age 10; today, he is known as “the chief cantor of Tel Aviv” and one of the most prominent cantors in the world.

Sometimes called the “suitcase cantor” because of his many travels for performances, Cantor Adler also serves as chazzan at Congregation Ahavas Torah in Englewood, N.J. for the High Holidays.

Next week, Cantor Adler will be one of twelve people honored to light an Independence Day Torch on Mt. Herzl in Jerusalem.

In an interview with The Jewish Press, Cantor Adler talked about the honor, but first, in response to a question, he related an interesting meeting with Pope Benedict XVI in 2005.

The Jewish Press: Are there any unusual experiences you’ve had during your performances?

Adler: Well, one interesting episode occurred some four years ago with Pope Benedict XVI. It was several months after he was elected to succeed John Paul II. He expressed a desire to maintain a warm partnership with world Jewry and chose to visit the main synagogue in Cologne, Germany where I was invited to perform.

After my performance the pope came over to me and introduced himself as “Benedict the 16th,” so I responded “Adler the First.” Then he said, “Zi haben mir gezingen gleich in hertz arein” (you sang straight into my heart).

I was shocked. I never dreamed that I could move the heart of a pope. I told him that I believe in the words that come out of my mouth and then I dress them with music. First I pray and then I sing. He was amazed.

The leaders of the Jewish community in Cologne also told me that when they had met with representatives of the Vatican to prepare the event they told them they were inviting a cantor from Israel. The Vatican reps asked for his name, and they said Chaim Adler.

“Oh, Chaim Adler, we know him,” they said, “we hear him every year at the Memorial of the March of the Living at Auschwitz.”

You will be lighting a torch next week on Mt. Herzl in honor of Independence Day. What is the significance of the ceremony?

The first time that we find significance in lighting torches is in the Talmud, Meseches Rosh Hashanah, where it describes how the Sages would determine the appearance of a new moon in order to designate Rosh Chodesh.

So years ago the government decided to light torches in honor of Independence Day and every year they honor 12 people, corresponding to the 12 tribes, to light them.

This year the theme is 100th anniversary of Tel Aviv, so the twelve people who will be lighting the torches are individuals who contributed to the culture of Tel Aviv. I was chosen to represent the religious community in Tel Aviv.

Because I am the cantor of Tel Aviv. This is the first time that the religious community is being represented in such a ceremony. They want to underscore that Tel Aviv is not like Jerusalem where there is constant friction between the religious and secular communities.


Tel Aviv is a city where there is tolerance between the two groups, no one throws stones or burns garbage cans, etc.

Out of curiosity, who is your favorite cantor? 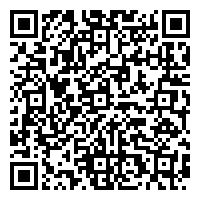