The establishment of the State of Israel was not contingent – neither legally nor practically – on the UN Partition Plan. The British fought against us (within the framework of the Jordanian army) and the arms that did reach Israel mostly came from the Soviet bloc and had no connection to the Partition Plan.


What were the factors that did bring about the establishment of the state of Israel? Two things: the blood of IDF soldiers and the miracles of our Father in Heaven.

And what guaranteed the continued existence of Israel after it was established? The fact that the Partition Plan was never fulfilled – because in the impossible borders proposed by the Partition Plan (without the Galilee, Nahariya, Be’er Sheva, and Ashdod) and with approximately 400,000 Arabs remaining in a small area with about 600,000 Jews, the plan did not leave any practical chance for a Jewish state to survive.

What we are really celebrating today when we recall the Partition Plan is the legitimacy that the Jewish state received from the nations of the world for a fleeting moment. It behooves us to remember how the state actually came to be and how it will continue to exist.

Below is an edited transcript of a December 7th radio interview with Moshe Feiglin on the Aryeh Golan Morning Radio Show.

As a believing person, I was quick to make a Shehecheyanu, including saying G-d’s Name. It is certainly an historical event, moving, extraordinarily positive – no doubt about it.

Trump also talked about the two-state solution. It didn’t mar your happiness or the blessing that you recited?

In other words, Trump, despite all the constraints you mentioned – and we must salute him for this – left all the keys in the hands of the government of Israel. The simple, self-evident, right measure for Israel’s government to take now is move the Government District – the Knesset, the government offices, the High Court – from the western part of Jerusalem to the eastern part.

For many years already we’ve had a Government District in the eastern part of the city. It was a decision made by the late Menachem Begin. But no world representatives go there. We have a number of government ministries that are more or less boycotted by the world.

They are boycotted because, in practice, our hearts remain in the western part of the city. We have to make the decision that Trump made. First of all, for ourselves. If the Knesset will be in eastern Jerusalem, everybody will go there. Israel has to imbue President Trump’s historic important declaration with practical content and meaning.

Hamas is already threatening, not only to call for a strike, but to open the gates of hell, and to our great sorrow we have learned the hard way what this terror organization is capable of doing.

Thank G-d, we have been in existence 3,000 years before Hamas, and we will exist many years after it. Hamas opens the gates of hell primarily for the Arab residents of Gaza and for itself.

Are you concerned about Trump’s comment that he is leaving decisions on borders and sovereignty to the Israelis and Palestinians?

What he actually said is that Jerusalem is the capital of the Jewish Nation. Now what you decide is up to you. The State of Israel today is like a little boy who is being taken to first grade. Trump is the mother, pulling the hesitant boy into the next stage of his life. It is a shame that Israel did not initiate and lead these moves, but rather the faith-based American world. But now we must assume our historic role.

By the way, the Balfour Declaration was also announced in the merit of a faith-based foreign minister and prime minister in England 100 years ago. In other words, we see a historic full circle. First, the nations of the world agreed that the Land of Israel belongs to the Nation of Israel on a physical plane. Now there is a full circle, with the leader of the world saying that this Land also belongs to the Nation of Israel on a spiritual level – also from the aspect of the message that must emanate from Jerusalem. 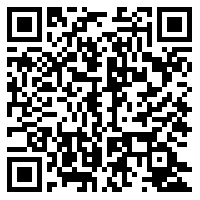